Markets and Flea Markets in Peñíscola

Markets and Flea Markets in Peñíscola

Peñíscola, located in a privileged enclave north of the Region of Valencia, in the Baix Maestrat region of the province of Castellón, offers a wide range of opportunities to the visitor.

In Peñíscola you will find more than five kilometres of fine sand beaches north of the city and a rocky coast with beautiful and cosy coves in the south, in Sierra de Irta. Besides its imposing castle and old town, you will discover white houses and narrow streets full of shops of all kinds. Come to visit them!

Peñíscola is a city rich in culture and heritage as well as an ideal destination for beach and nature lovers. Its historical centre preserves the traces of its past protected by the medieval walls. Its streets in a continuous ascent lead to the imposing Templar castle linked to the pontiff Benedict XIII, known as Pope Luna.

Peñíscola is an urban walled town located in the Mediterranean Sea, a tomb of incredible beauty that once was an almost impregnable square. United to the continent by a line of sand swept by the waves during the storms that transformed Peñíscola into an ephemeral island. To this day, it remains as one of the most beautiful villages of the province of Castellón, the Region of Valencia, and Spain.

The route to the fortress is through some of the portals of the old wall that gives shelter to streets full of shops and restaurants of all kinds: gifts, souvenirs, clothing, jewellery, pizzerias, ice cream parlours, etc. The area shelters The Medieval Market held on specific dates at the end of the year. For three days, the streets and squares of the old quarter are animated with parades, raptor free flight, merry-go-round, and stalls selling handicrafts.

During the summer months, the Hippie Market is mounted on Calabuig Street, next to the wall. It brings together artisans of all kinds from all over the world, with variety and originality of products at fair prices: jewellery, ceramics, clothing, footwear, essences, etc.

But the commercial offer of the city does not end here, a weekly market adds to the local shops of all kinds scattered around the old town and the modern city. The Weekly Market is held every Monday in the Mestre Bayarri street. A generalist market where you can find everything, or almost everything you want to buy: fruits and vegetables, pickles, clothes, footwear, etc.

If you want to buy fresh fish fresh directly from the sea, nothing better than going to the fish market. Every afternoon, from Monday to Friday, you can attend the auction and buy fish, products brought by the local fleet that work in the Mediterranean, both artisanal fishing and trawling. A whole spectacle is to see the arrival of the boats to port from some high point of the city or the port.

To visit Peñíscola is to discover a city deeply imbued with the sea, which offers a wide range of opportunities: history, heritage, nature, shops, markets and flea markets. 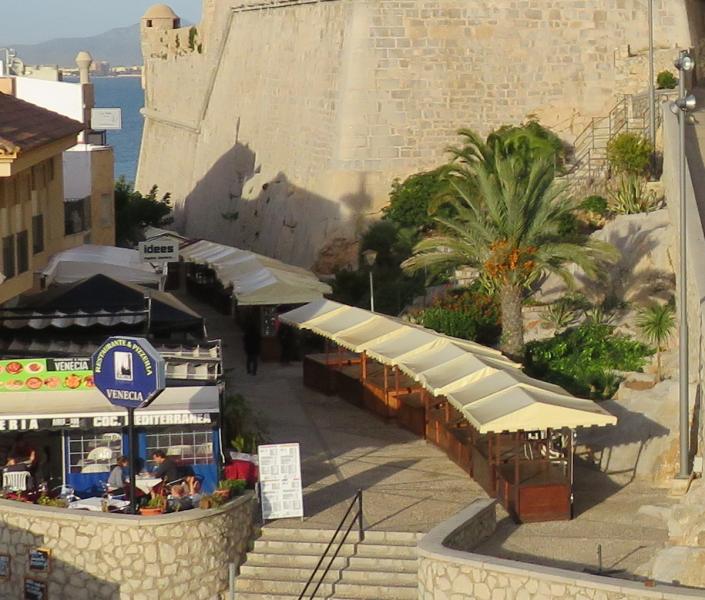 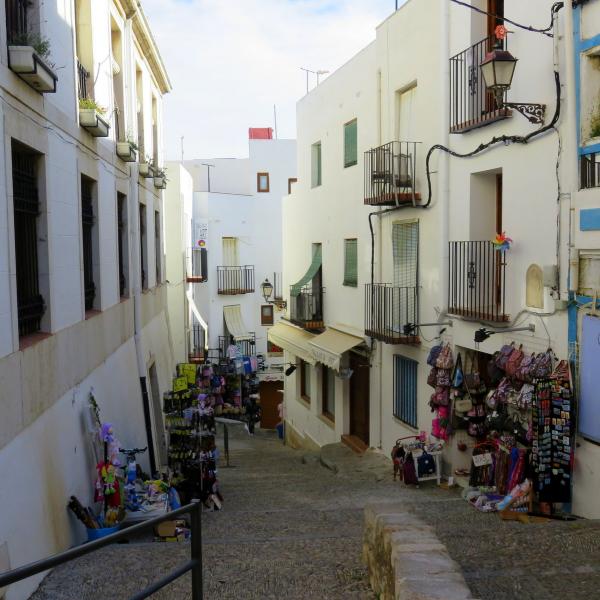