Route of the Monasteries in the Province of Valencia

Route of the Monasteries in the Province of Valencia

In the Province of Valencia is the Route of the Monasteries, a tourist route that allows the traveller to get in touch with the Medieval legacy through ancient buildings called Monasteries or Houses of God, because of the religious sense from which they were created during the Middle Ages.

The Route of the Monasteries of Valencia goes through the buildings where the members of religious orders lived in community. Currently, these buildings are of tourist interest, as well their locations and the places or paths that lead to them.

The route can be made through four well-marked paths either on foot, on horseback, by bicycle, or by car. There are five monasteries located in an area of ​​90 kilometres, among more than 20 municipalities. The landscape is varied, nature is kind in beauty, and the route reflects the history of its monasteries, their magnificent architectural wealth and cultural value.

Below you will see in which order to take the Monasteries Route in Valencia:

Walking route
The path is fully signposted from the municipality of Gandia to Alzira. The route is 55 km, passes through five monasteries and 17 municipalities. The path is known as Grand Route 236 or GR-236. It takes two to three days to finish the short route. The visitor walks through historical trails from Medieval times, mountains, railroad tracks, and cities. The long route is 75 km and also visits the five monasteries and 21 municipalities. The final stretch of the route is known as El Paso del Pobre. In this section, the visitor enjoys the beautiful valleys of Aigües Vives, La Casella, and La Murta.

Horseback route
It includes a homologated and official equestrian route as such in Spain, in which the visitor takes the walking route with some variants derived from the necessary conditions and adjustments made for the passage of the horses. The horseback route begins at the Monastery of San Jerónimo and not in the municipality of Gandia. The route is around 80 km until you reach the Monastery of La Murta in Alzira, the end point of the route. The entire course is marked indicating where shelter or horse services are available.

Bicycle route
Visitors can also take the Monasteries Route of Valencia by bicycle since the road has been appropriately marked for the passage of mountain bikes. A circular route about 123 km in length. The route starts and ends in Alzira, it crosses 22 municipalities, and visits the five monasteries. Even though the route cannot be taken by bicycle because the GR-236 signalling, there are sections where the path is shared.

Car route
You can also travel by car. Just 8 km from Gandia you will come across the Monastery of San Jerónimo de Cotalba (Alfauir), the first monastery on the route, then you will find the Convent of Corpus Christi, which is the preferred place of departure for many tourists to start visiting the monasteries. Drive carefully until you reach the Monastery of Santa María de la Valldigna and then follow the route to the Monastery of Aigües Vives and the Monastery of La Murta in Alzira. This tour is a different and entertaining tourist proposal, which can be chosen in contrast to the traditional and customary visit to the beaches of the Region of Valencia.

People are still interested, as in the past, in visiting sacred places, if this is your case, take advantage of this historical route prepared for your enjoyment. The Route of the Monasteries of Valencia offers credentials for pilgrim visitors, which can be picked up at the municipality of Gandia's Tourism Office, at the beginning of the route. 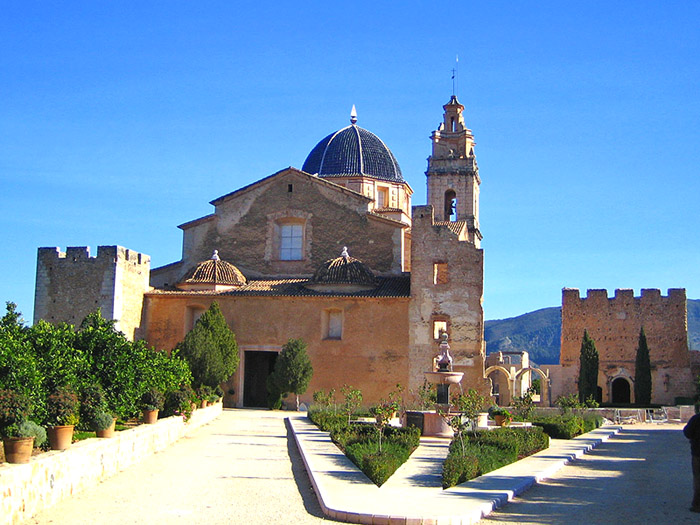 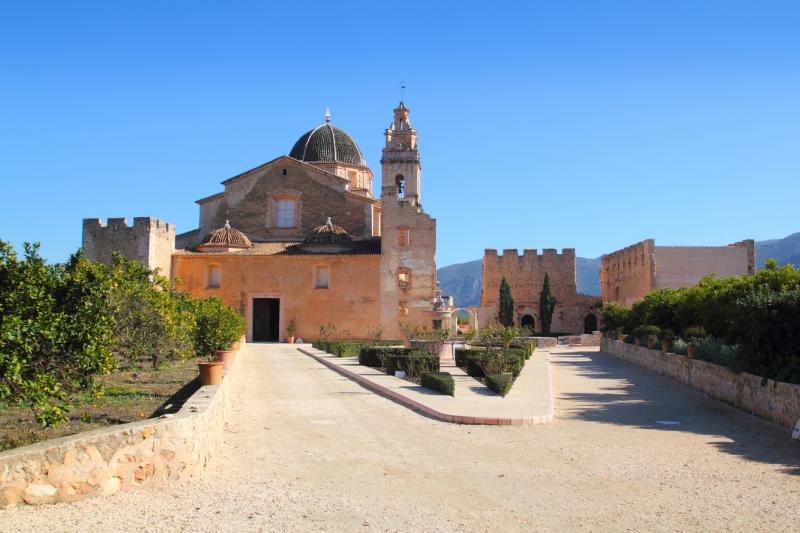 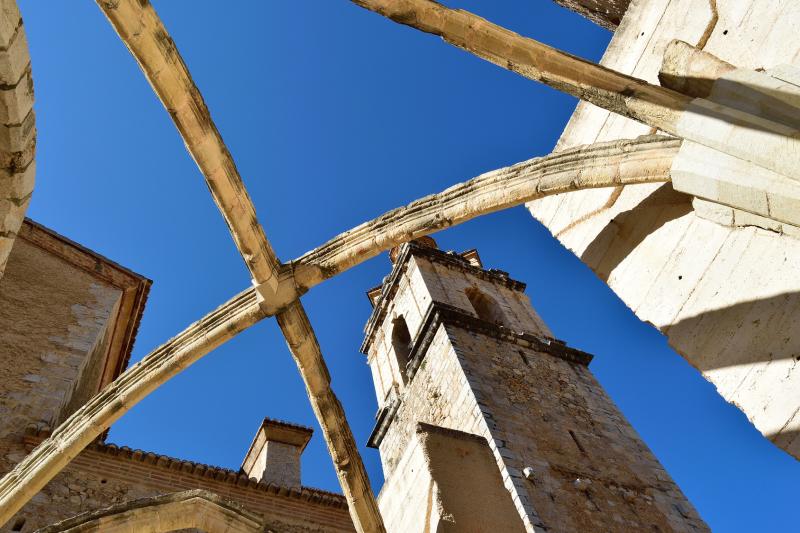 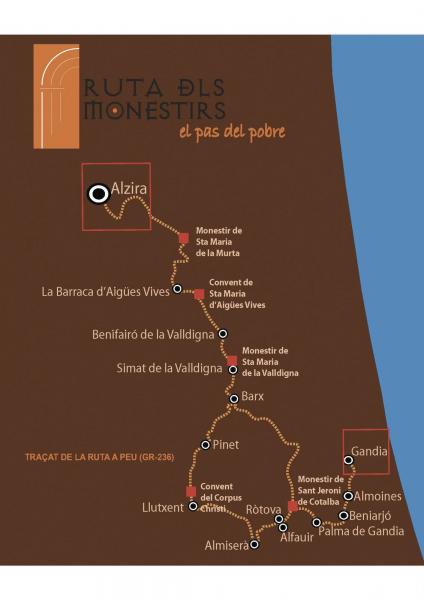 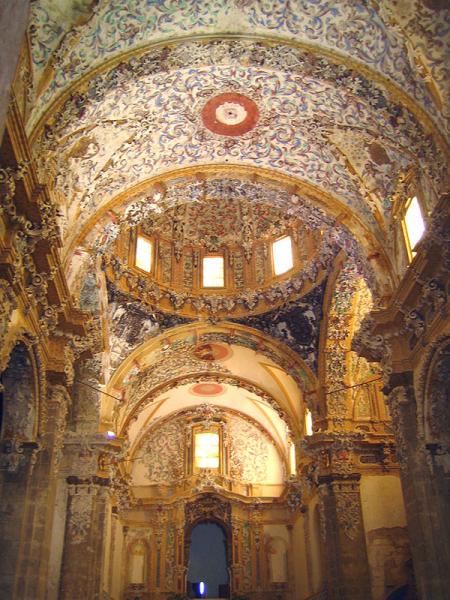