Route of the Villas in Benicàssim

Route of the Villas in Benicàssim

We invite you to go for one of the most emblematic walks of Benicàssim. Following the promenade, you can see a series of spectacular country houses.

In the north of Benicàssim, on the beachfront, along the beach promenades of Pilar Coloma and Bernat Artola, a series of Villas, second residences of the bourgeois of Castellón and Valéncia, were built between the end of the 19th and the beginning of the 20th century. They turned Benicàssim into a summer resort for wealthy families, who took the fashionable "sea baths" and celebrated glamorous and unbridled parties in areas known as El Infierno, El Limbo, and la Corte Celestial.

Since Villa Pilar was built, the first country house of Benicàssim, belonging to the engineer charge of the railway works which decided to build a villa for his wife to stay while the railworks took place. Some of those buildings have successfully reached our days leading to the Route of the Villas in Benicàssim.

A total of 28 points of interest, with information signs in several languages ​​including Braille, make up the Route of the Villas in Benicàssim, which includes, in addition to the villas, the historic Hotel Voramar and Torre Sant Vicent. Torre Sant Vicent.

Some of these villas, like the hotel, served as the hospital during the Civil War. They have hosted filmmakers, writers, and characters, such as Hemingway, Miguel Hernández, L. García Berlanga, and Bardem, among others.

The Route of the Villas in Benicàssim runs along the Paseo Pilar Coloma and the Paseo Bernat Artola next to the Mediterranean and Voramar, Almadraba and Torre Sant Vicent beaches, where year after year the Blue Flag and the "Q" of Tourist Quality wave. 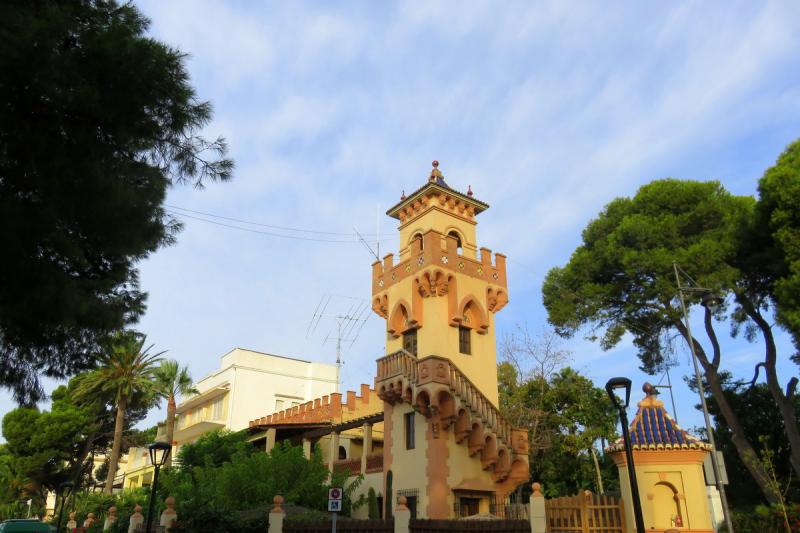 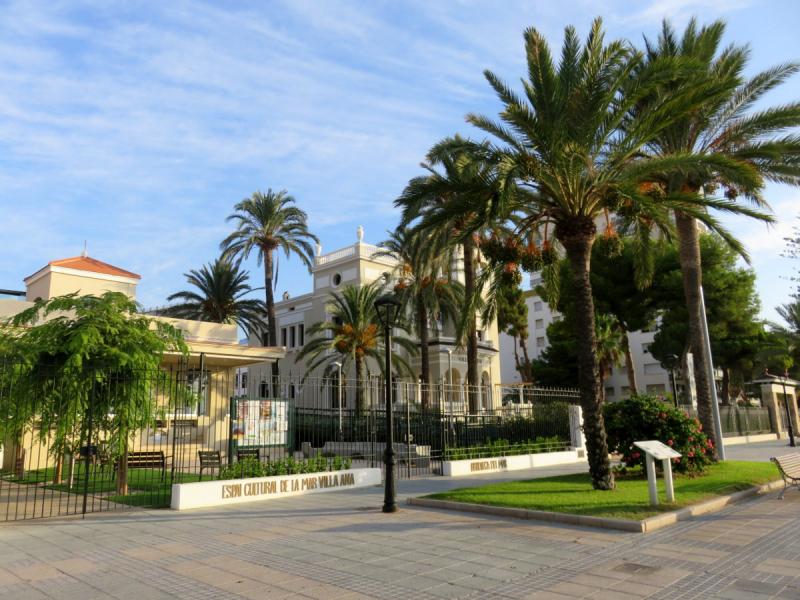