Templar Legends in the Castle of the Pope Luna

The Knights Templar is surrounded by mystery and great legends that have made their name come to this day and continue to generate significant interest. Words like "the Holy Grail" continue to be linked to this enigmatic Order, in addition to many other legends that surround it with intrigue. In Peñíscola, we find one of these legends: that of the Castle of Pope Luna (Peñíscola).

To discover a piece of the Templars' history, it is not necessary to go far. In the Region of Valencia, we find the Castle of the Knights Templar built in Peñíscola, a coastal town located in the province of Castellón that year after year receives thousands of visitors interested in its beaches, gastronomy, but especially in its castle.

The Castle-Palace of Peñíscola
The castle of Peñíscola is known as the castle of Pope Luna since Pope Benedict XIII of Avignon (Pedro Martínez de Luna) lived there from 1411 until his death in 1423. But he was not the only one who lived between its walls. In the year 718, Peñíscola was ruled by the Arabs, where they built a citadel on the rock.

Later, in 1233 it passed into the hands of Jaime I, who in 1294 reached an agreement with the Knights Templar and handed it to him. That year the construction of the castle began, that finalised in 1307. Located in the highest zone of the rock that dominates the city, it reaches a height of 64 meters above the sea level. Its perimeter is about 230 m and has an average height of 20 m.

Romanesque style, the castle has reached our days in perfect condition, although a part was destroyed during the War of Independence. The sobriety and solidity of its construction, so characteristic of Templar works, stand out in the whole. But, perhaps, the castle's most significant architectural interest lies in the domed solution of the Guard Corps and the austerity and severe proportion of the Templar Basilica.

All these facts involve the Castle in an aura of mystery, linking it to several legends about the Knights Templar and Pope Luna that are already part of the stories of the Region of Valencia.

Templar Legacy
Known to lead an austere life, with a vow of poverty, chastity and obedience, they divided their time between prayer and war. For years they administered the property of popes, princes, and kings, but also possessed enormous wealth, fiefdoms, and castles throughout the Christian territory.

Legend has it that after years of the Templar's heyday, the indebted king of France, Philip IV, wanted to dismantle the Order to appropriate their wealth and immense patrimony. Thus its decline and finally disappearance began not before leaving some loose ends.

Before the king of France's threat, the Knights Templar of Paris contacted with the master of the Order in Peñíscola to announce that they were going to ship the treasures kept in the Paris Temple to their castle. From the Seine departed a boat with several chests, full of metals, precious stones, and a manuscript of Solomon, capable of changing the world.

When Philip IV ordered to seize the riches of the Templars of Paris they did not find a coin. It is not known what happened with the boat, but the legend says that it reached the coast of Peñíscola and that the treasure is still hidden somewhere in the Sierra de Irta or the Pope Luna Castle.

The stairs of Pope Luna Castle
In the area east of the fortification, 45 meters above sea level, we find a staircase that leads directly to the sea, adapting to the rocks of the cliff. The staircase has more than one hundred steps; the last part carved directly into the rock.

Tradition and legend attribute the completion of the staircase to Benedict XIII himself, who would have built it, miraculously, in a single night. When sad and discouraged by the disloyalty of his family decided to descend directly to the sea and from there extend his pontifical mantle on the waves and leaning on his staff, floating, he moved to Rome to meet his enemies, appearing before the Roman pontiff, to exclaim: "The real pope is me!"

Knowing all the mysteries that surround this castle, you should not miss the opportunity to come and spend a day touring its walls, as well as discover all the charms of Peñíscola, part of the association "The most beautiful villages in Spain." 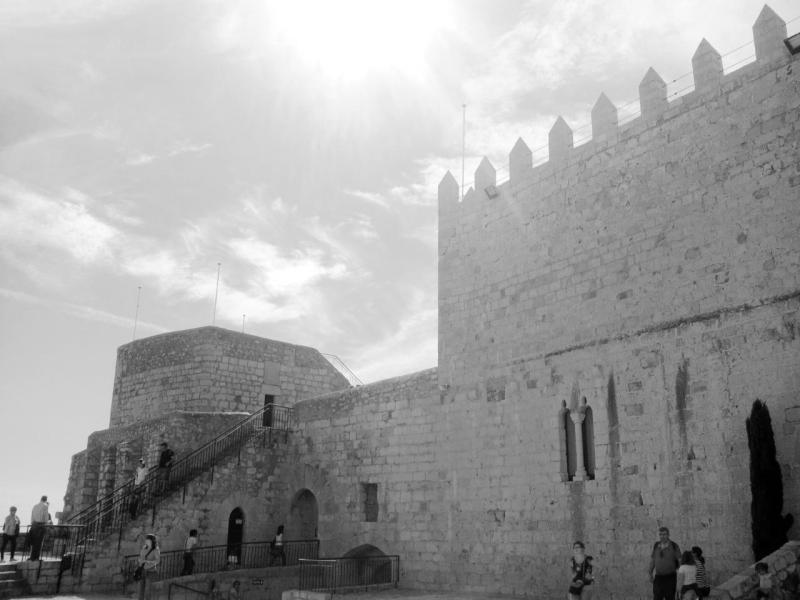 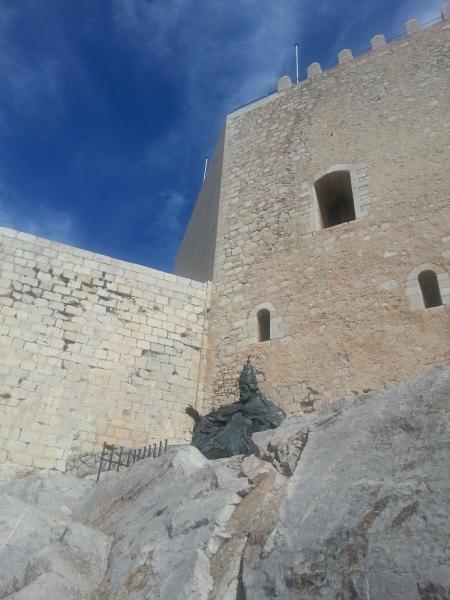 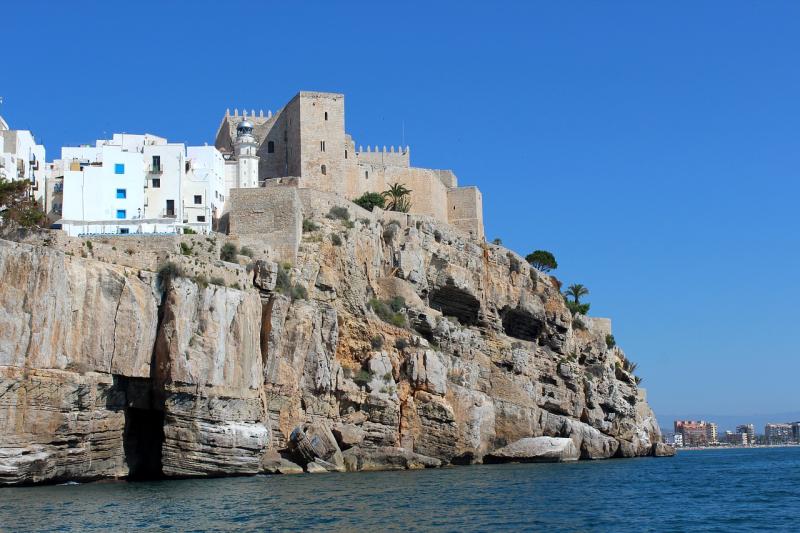 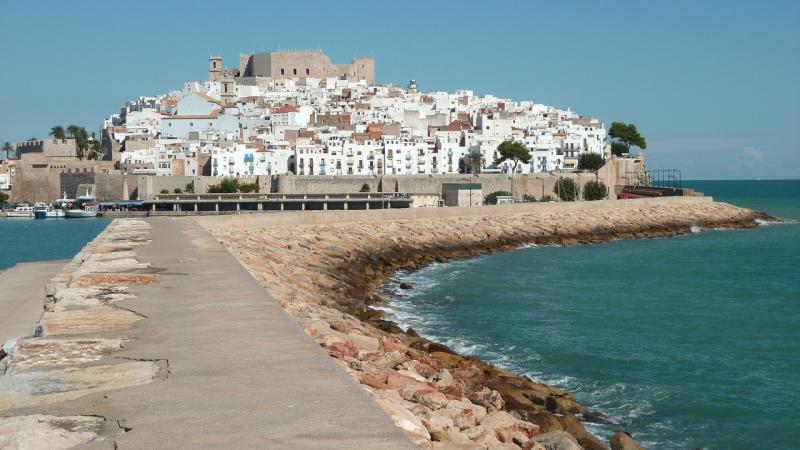