The Process of Making a Ninot

The Process of Making a Ninot

The elaboration of a ninot represents a cultural tradition for the Region of Valencia. The ninot is a doll that burns in the Fallas, on the 19th of March and in Fogueres on the 24th of June.

The days before the Fallas are organised in Valencia, at the Prince Felipe Museum in the City of Arts and Sciences, there is an exhibition where you can choose up to two ninot that will be saved from the cremation, known as ninots indultats.

Throughout history, there have been many ninots indultats, to the point that some characters represented as ninot, and later pardoned, have received their representation after the Fallas.

The tradition of saving at least one ninot per Falla was born in 1934, and the chosen ninot was of a grandmother and her granddaughter, obtaining 23,000 votes from the 30,000 votes cast. These pardoned ninots can be seen in the Fallero Museum in the city of Valencia.

Local artists are in charge of the creative process following tradition. They are the ones who elaborate sketches, drawings, and ninot designs, which in some cases can even be taller than four meters, that is why it is laborious and complicated work; besides, the ninot is an excellent representation of what is set to represent.

How is a ninot made?

Well, there are some different techniques among them, to elaborate a ninot, we will try to explain them quickly, to show the complexity of building these ninots for the Fallas.

The most traditional way is using cardboard, starting from a previous drawing and the elaboration of a model based on clay, from which a mould is made. This mould is filled with glue and cardboard. Then, once they have dried, pieces are extracted from their moulds, and the assembly process begins. Finally, colour and other details are applied.

Similarly, there are those who choose to make soft cork ninots (expanded polystyrene), in this case, the process begins with a drawing, then the image is carved on expanded polystyrene, piece by piece. Once this process is completed, they proceed to sand the doll's imperfections, to fine-tune the figure; then paper and glue are applied to strengthen the figure. Finally, it is time for primers and paint, which are extremely important to provide unique details to the piece.

Even though soft cork outweighs cardboard figures, the latter has remained for low budget projects, because the majority of ninots are built on expanded polystyrene, since they are lightweight, which facilitates the creation of figures of greater size. Its only disadvantage is that we are dealing with a material coming from petroleum, meaning that its incineration is hugely polluting. A solution to this problem is being researched, exploring new materials based on cellulose.

In recent years, engineering and computing have broken into this traditional Valencian celebration, through programs that help the 3D design of the different ninots; then a robot is responsible for carving the figure in polystyrene, significantly reducing the development time of each of the dolls displayed in the Fallas. Following this process, in the end, artists must add their skills through painting, giving life to the most picturesque or burlesque representations that can be imagined.

This tradition has become increasingly popular, and during holidays, tourists are always impressed with these spectacular figures. 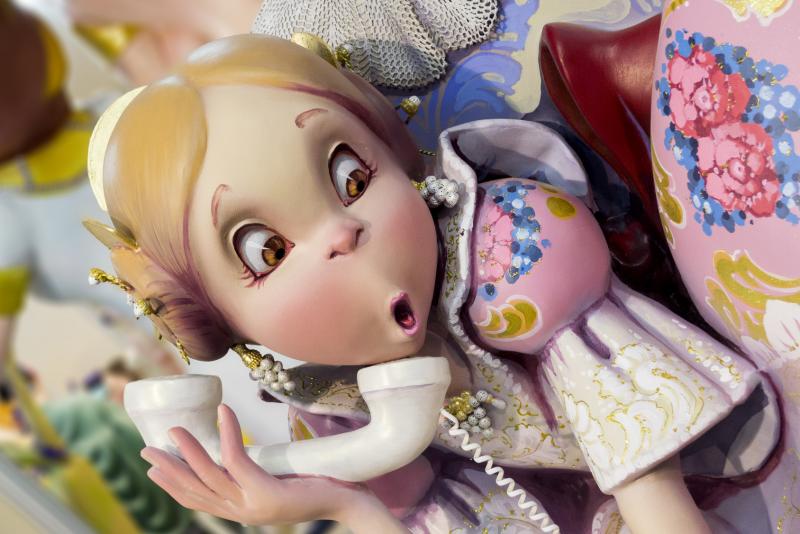 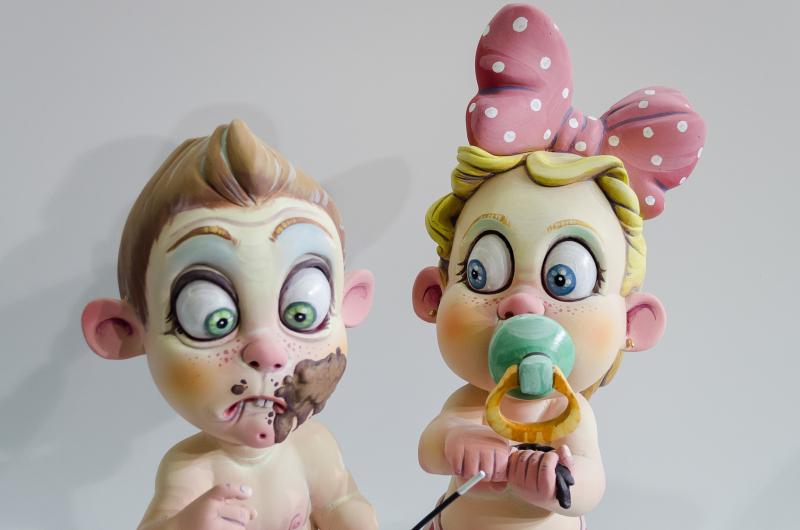