Treasures of the Albufera de Anna

The beautiful nature exhibited by the lower area of ​​the Valencian region of the Navarrés Canal provides particular geological characteristics to the town of Anna (2,678 inhabitants), which in turn offers the visitor a chance for contemplation of fascinating natural spectacles where water is the protagonist.

In Anna, located in the region of La Canal de Navarrés, the whisper that comes from the water is omnipresent throughout the municipality, where gorgos and sources of beautiful rumour coexist for the traveller's enjoyment and visual delight. But it is its spectacular lagoon surrounded by legends, the most striking sight in Anna. Located a kilometre away from the town centre, it is a lake that reaches an area of ​​300 meters wide and has a small island in the centre where herons, ducks, and geese nest.

It is recommended to visit Anna's lagoon after a few days of rain when the calm arrives, and the tranquillity in its surroundings intensifies. It is then when the so-called "brotadores" or "ullals" appear from the watery depths, small springs that pretend to be water jets.

Contemplating Anna's lagoon is a spectacle for the senses. When least expected, jumps, canals and rafts emerge from each corner, which together with the vegetation that surrounds it, formed by pines and banana trees, make this place unique in the Region of Valencia. But there is still more. The traveller, alone or accompanied, can find available spaces in the lagoon for rest, and also restaurants and beach bars. No place for boredom.

Not only the lake catches the attention of the visitor. Also the Gorgo de la Escalera, a large pool of water 136 steps down; the Gorgo Catalán, another waterfall formed by the waters from the Fuente Negra; or the Azud, a deep ditch that creates Gorgo del Palet. Everything related to the liquid element has a meaning in Anna, a true aquatic paradise.

The archaeological remains found in the municipality speak of human occupation for thousands of years, which is not surprising given the abundance of the fluid that gives us life. The origin of its name perhaps lies in the Arabic word "yanna" and in any of its meanings, orchard or garden, which denotes precisely the presence of water or the fertility it brings.

The Valencian Alhambra
Also linked to the world of water, there is another monumental jewel in Anna that can be visited. The Palacio de los Condes de Cervellón (Paseo de la Alameda, 4), which houses the Museo Etnológico de la Villa and the Museo del Agua. It is considered "the Alhambra of Valencia,"  and reasons are not lacking. It has a spectacular courtyard and room of Arab origin that attract the interest of the most curious traveller. Throughout the building, there is a beautiful Islamic decoration full of ceramic mosaics, coffered ceilings, and plasterwork.

The palace was restored and adapted as a dwelling at the beginning of the 17th century after King Felipe III granted Anna with the title of county to Fernando Pujades de Borja. From its original stage (XII-XIII centuries) the foundations of the building remain on its back section. It is worth mentioning that the waters of Anna's lagoon descend by the Palace of the Counts of Cervellón by a cascade. Attached to the property is the chapel of Santa Ana, with access to the Plaza de la Alameda.

Anna suffered an earthquake in 1748, and its effects were felt in the building, which has been renovated several times. Today it has a fantastic aspect that reminds us of the scenes from the Arabian Nights. Although the first references of the palace date from the 2nd of September, 1244, where it appears in the donation letter from King Jaime I to the Order of Santiago where the town and its castle were included. 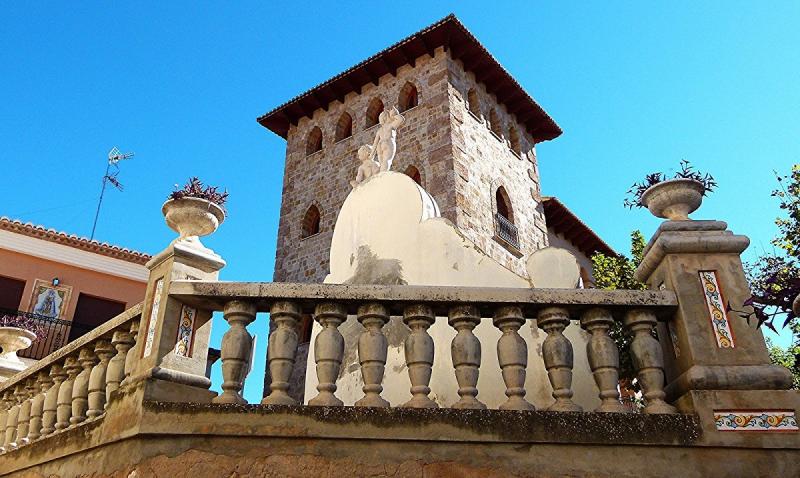 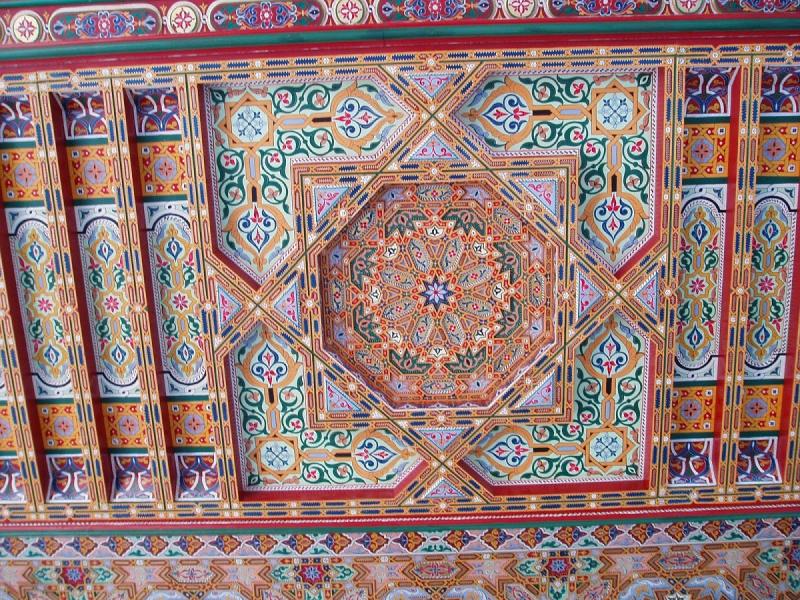