Traditional rice dishes from the Region of Valencia

Traditional rice dishes from the Region of Valencia

Made with meats such as chicken and rabbit, fish and seafood and vegetables ranging from turnips to pumpkin, the diversity of the rice dishes in the Region of Valencia will blow you away.

The rice dishes served throughout the Region of Valencia are nothing if not diverse. Some recipes make the most of humble ingredients while others showcase gourmet products. Some dishes offer a taste of the sea and others capture the flavour of the mountains. There are caldosos which add stock to make the rice into something of a stew, secos where all the stock is absorbed by the rice, and melosos which bridge the two. But one thing they all have in common is that they are absolutely delicious.

In this post, we will immerse you in the world of rice, telling you about the most popular recipes prepared up and down the region. Households commonly adapt these recipes to the ingredients that are available each season.

Rice in the Region of Valencia is more than mere gastronomy: it is part of our cultural heritage. Sections of our landscapes are dedicated to cultivating the grain. Keep reading to find out more about how it is grown and the dishes that have resulted from it.

Rice cultivation in the Region of Valencia

Rice is grown in a number of different wetlands, particularly Albufera natural park and traditional villages such as El Palmar. Travelling to Albufera de València to enjoy a rice dish for lunch is an experience that will take you to the birthplace of the most Valencian of traditions.

The best rice dishes in the Region of Valencia

Starring a product that is steeped in history and cultivated with painstaking care, the rice dishes in the Region of Valencia showcase great culinary imagination and skill. Some of the recipes feature freshly caught seafood while others shine the spotlight on ingredients sourced from the inland. Let’s take a look at some of the most popular dishes prepared in different parts of the region.

Arroz con costra (literally meaning ‘rice with a crust’) is a typical dish from the province of Alicante, particularly in and around Elche, Pego and Orihuela. The rice is topped with a beaten egg and placed in the oven to create the costra of this excellent winter dish. Also great for crisp days are arroz con acelgas (rice with Swiss chard), served with or without snails, and arròs amb fesols i naps (rice with white beans and turnips). The latter has been cooked over the flames in Meliana for many years with locals picking up portions from restaurants to be enjoyed at home. In this part of the Horta Nord, they also specialise in paella de hígado de toro (paella with bull’s liver), or paella de bou, which also contains endives and chickpeas. Paella negra (black paella) is another winter classic made with beans and artichokes that give it a dark colour.

Another classic is arroz al horno, a recipe baked in a terracotta dish to create its characteristic golden colour. It is a speciality particularly in Xàtiva, among other destinations. In Torrent there is a dish traditionally prepared for San Blas festivities: rossejat torrentí which is characterised by its tender pieces of meat.

Olletas (hearty stews featuring meat, legumes, vegetables and rice) are very popular in the Region of Valencia. One such example is Olleta de Sant Mateu. Arroz sucio, also known as arroz brut, is another variety of these types of stews, from Ribera Baixa, and an excellent meal for a cold day.

The rice dishes in the Region of Valencia will also take you to the shores of the Mediterranean. Arroz a banda (rice with seafood), arroz negro (literally ‘black rice’, referring to the colour of the squid ink used in the recipe) and arrocito, from Castelló de la Plana, offer a delicious taste of the sea expertly paired with locally grown vegetables.

And to conclude this list, which is certainly not exhaustive, we would like to mention paellas that are traditionally eaten for Lent, made with cod and cauliflower, olla seca de Alcoy, which is served with the town’s traditional pericana (a sauce made from dried peppers and fish), arròs de les riberes del Túria, featuring beans, turnips, pumpkin and orange and arroz de cocido, a homely favourite which can be seco or caldoso depending on how you like it. So now you know some of the dishes Valencia is famous for, which ones will you try first during your getaway? 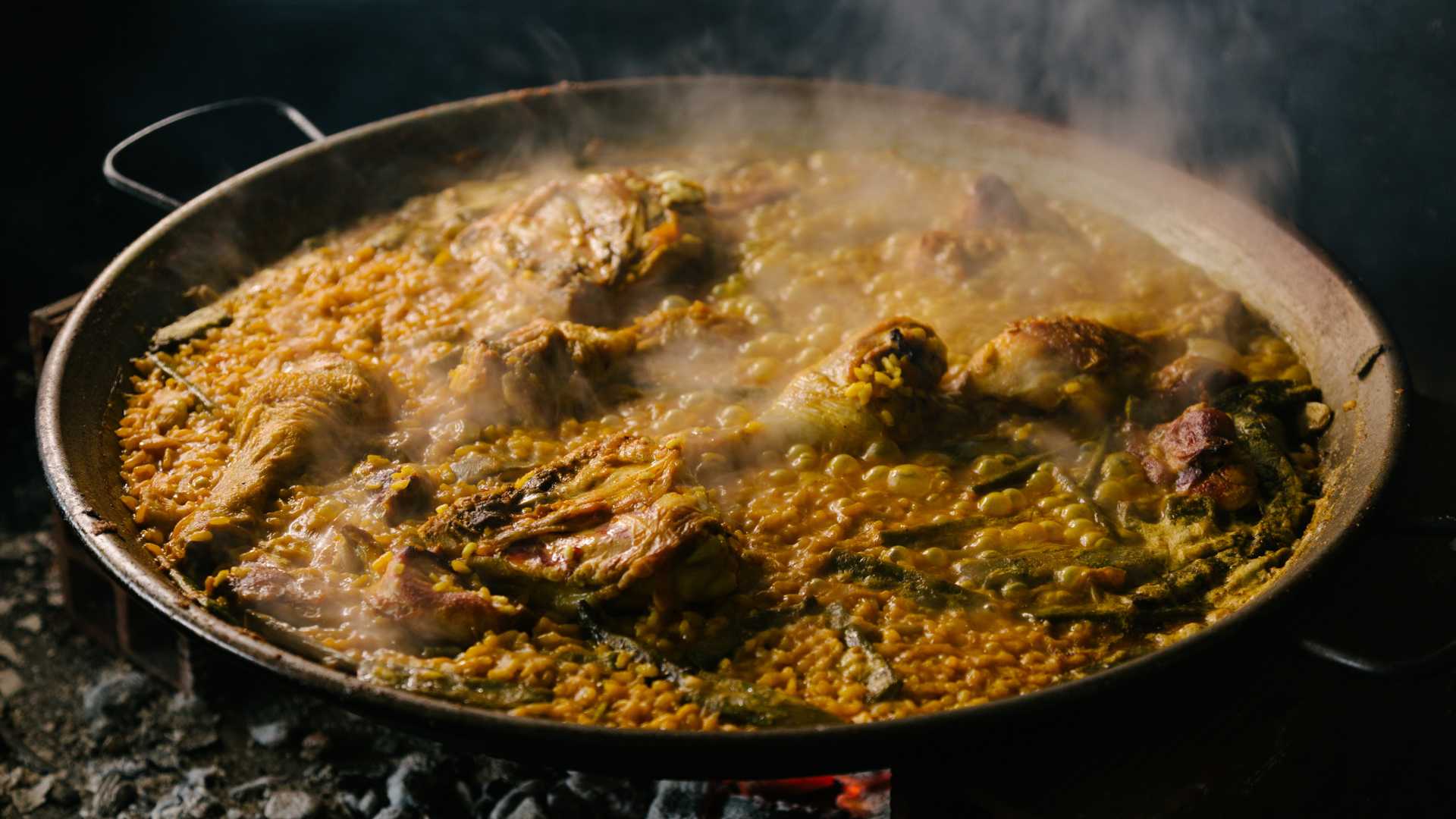 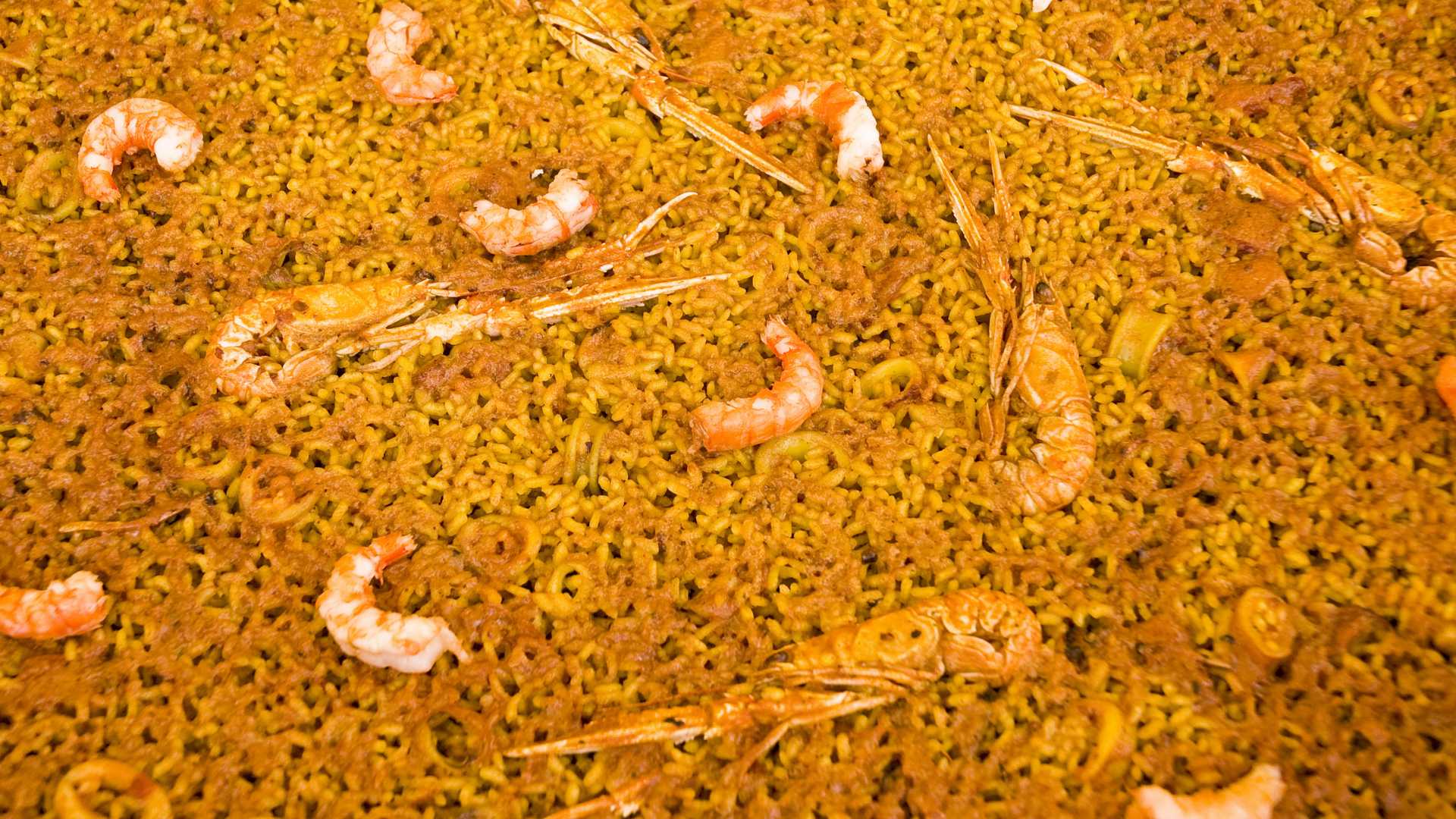 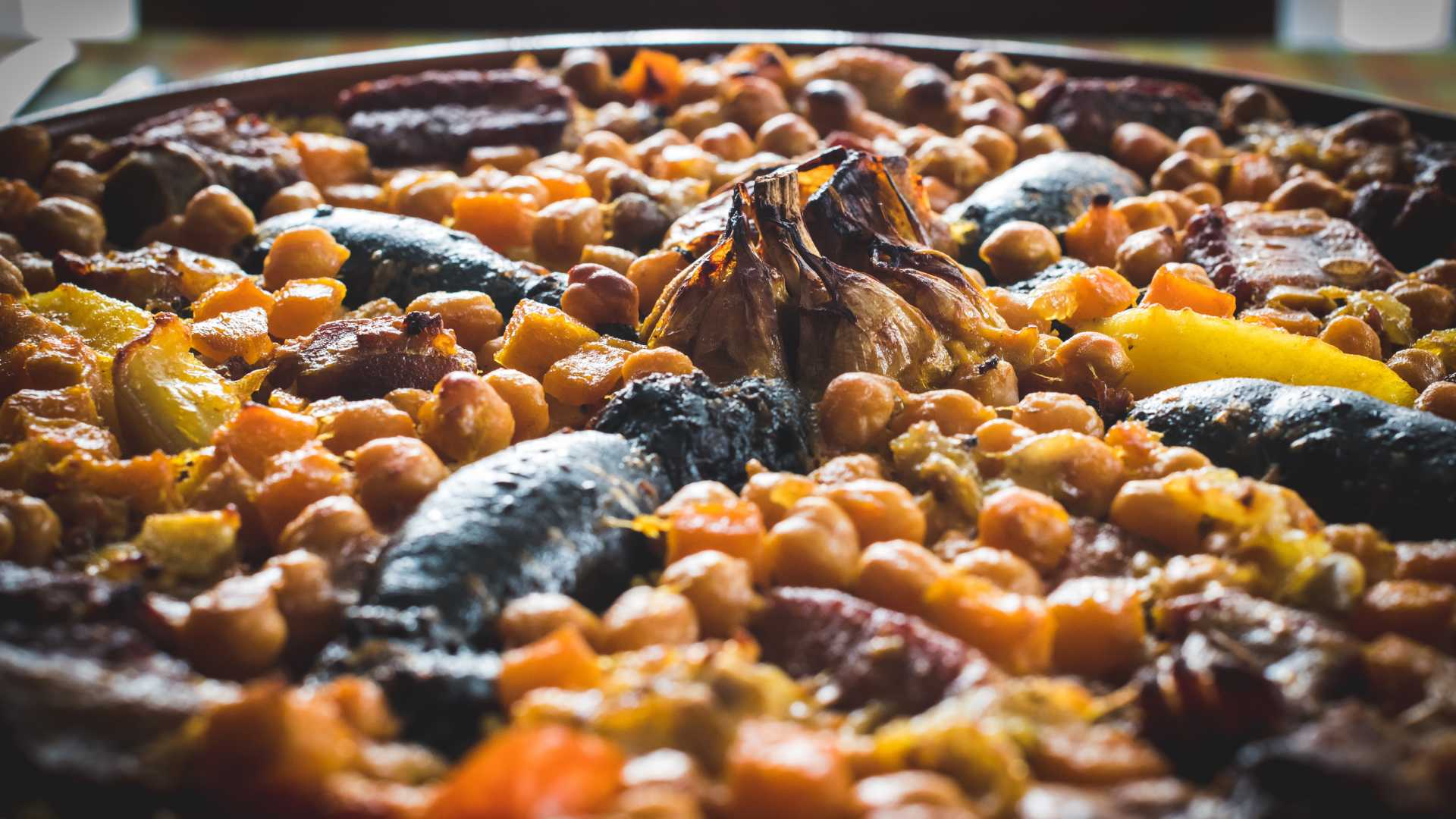 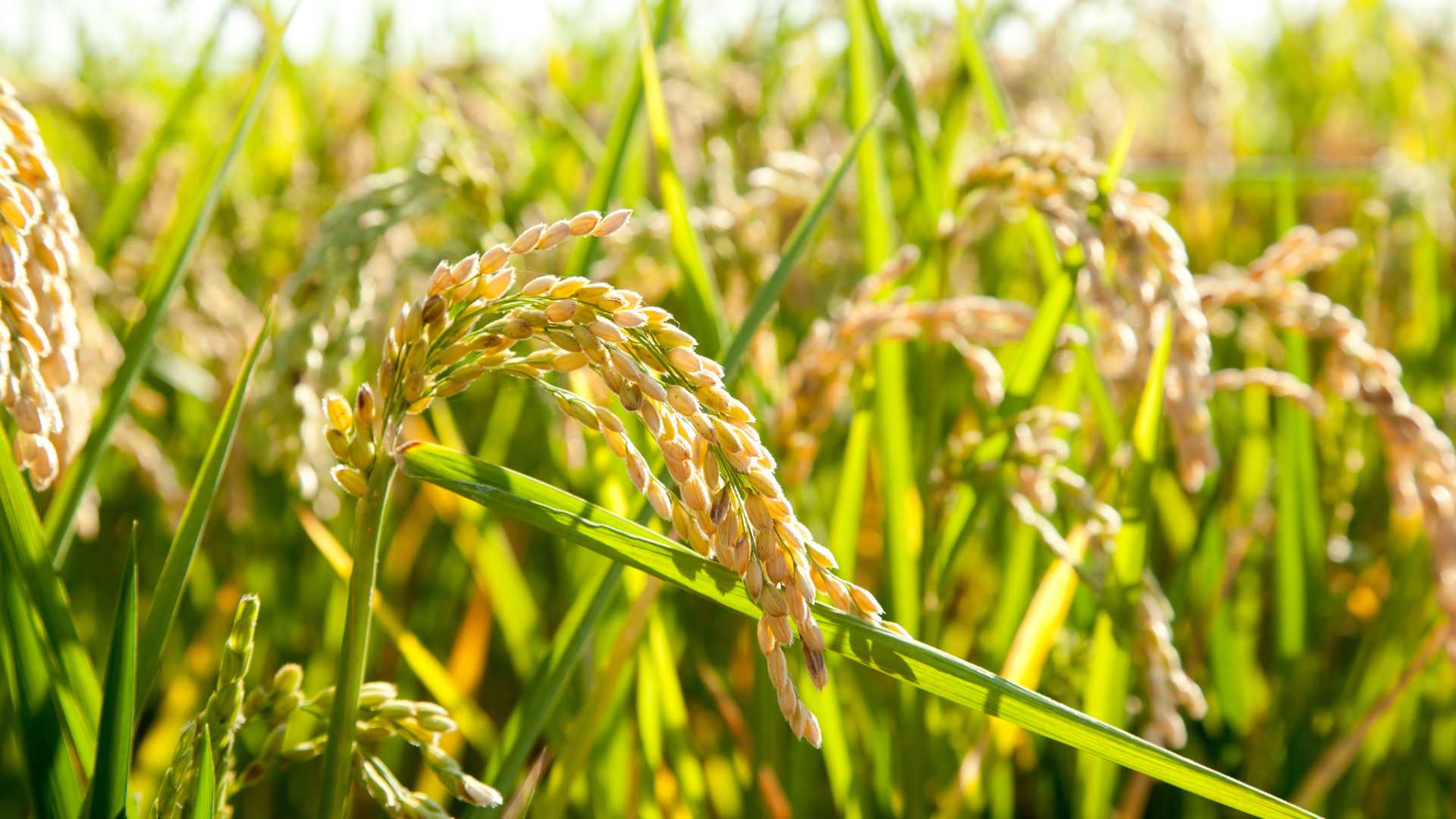 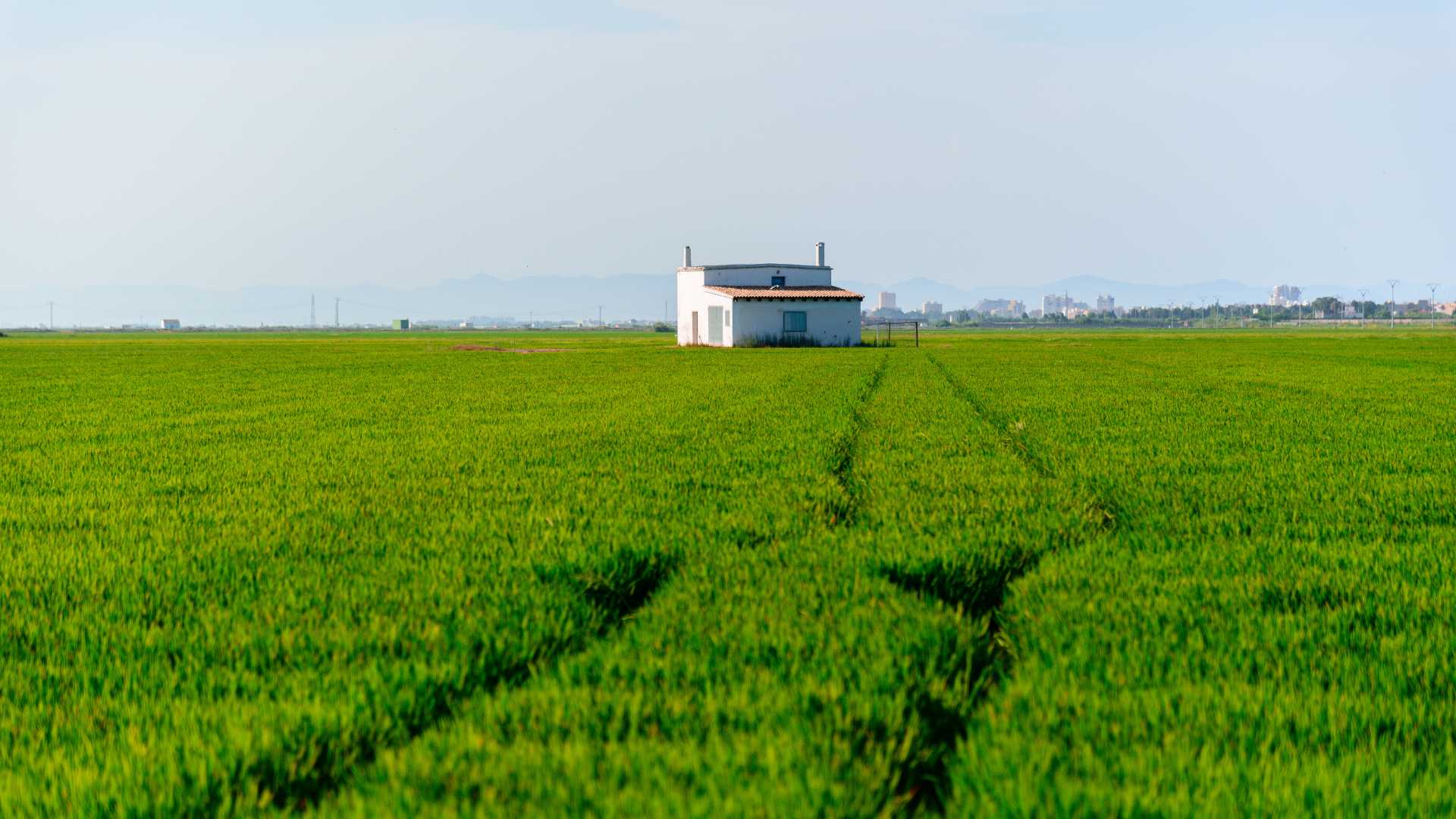