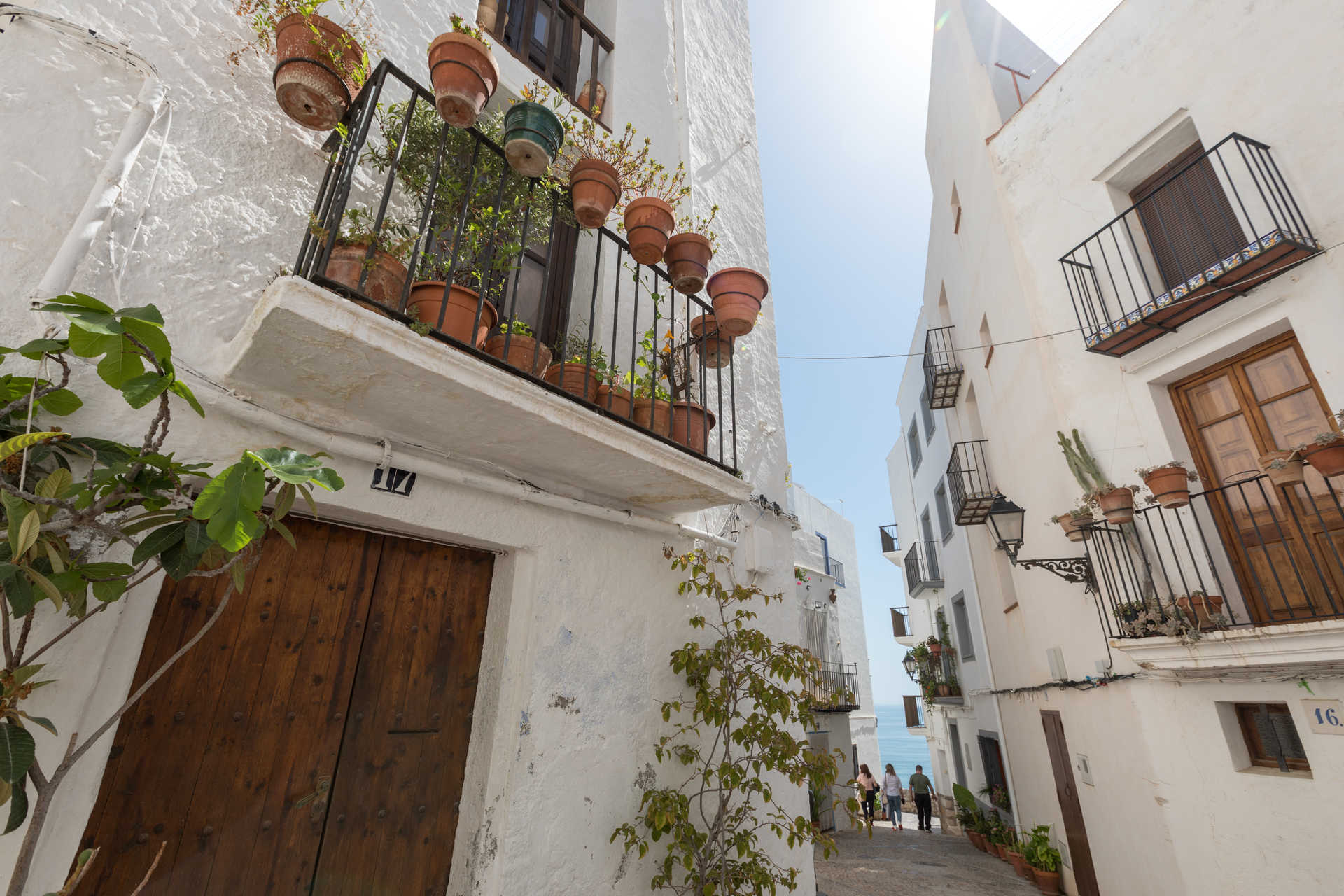 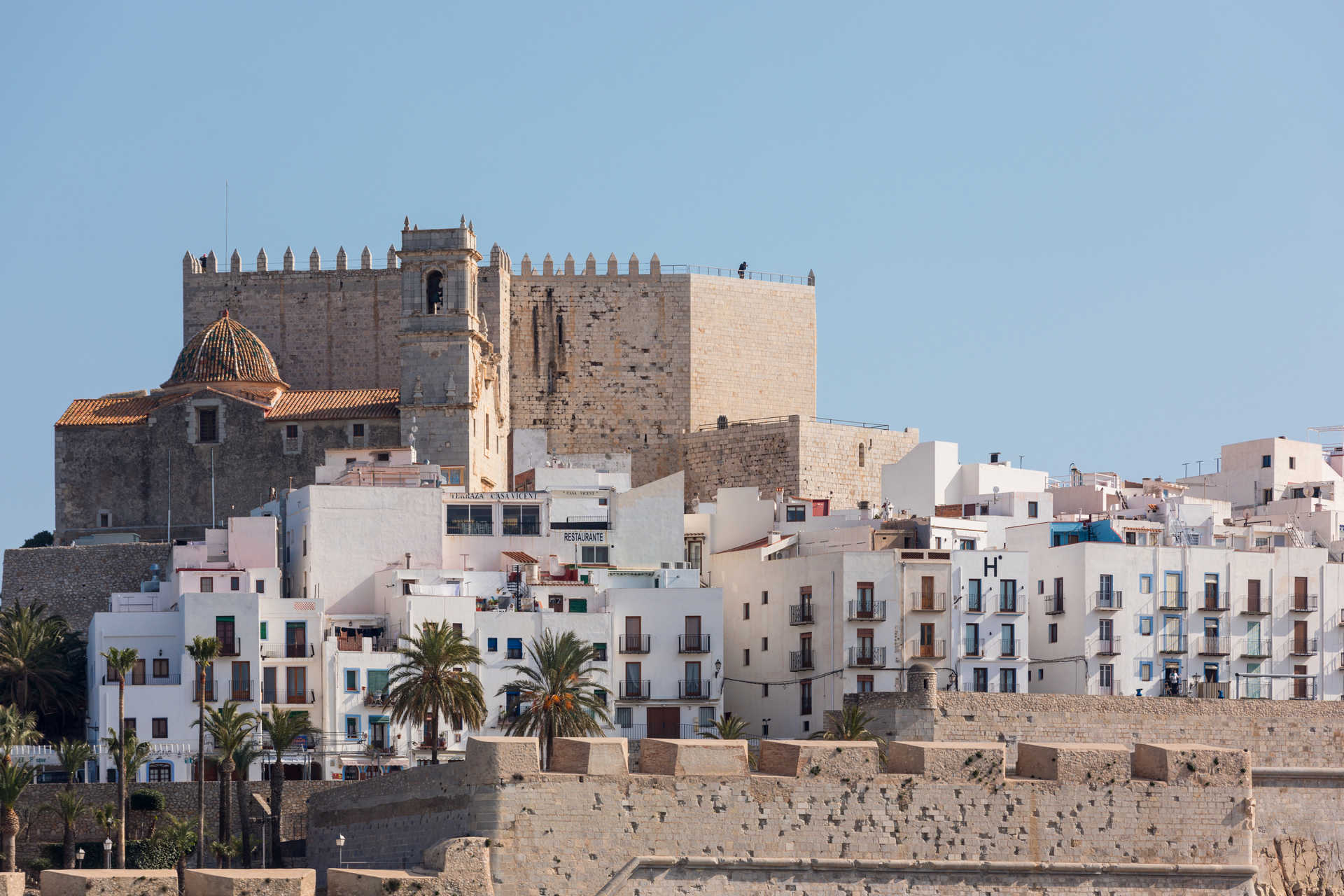 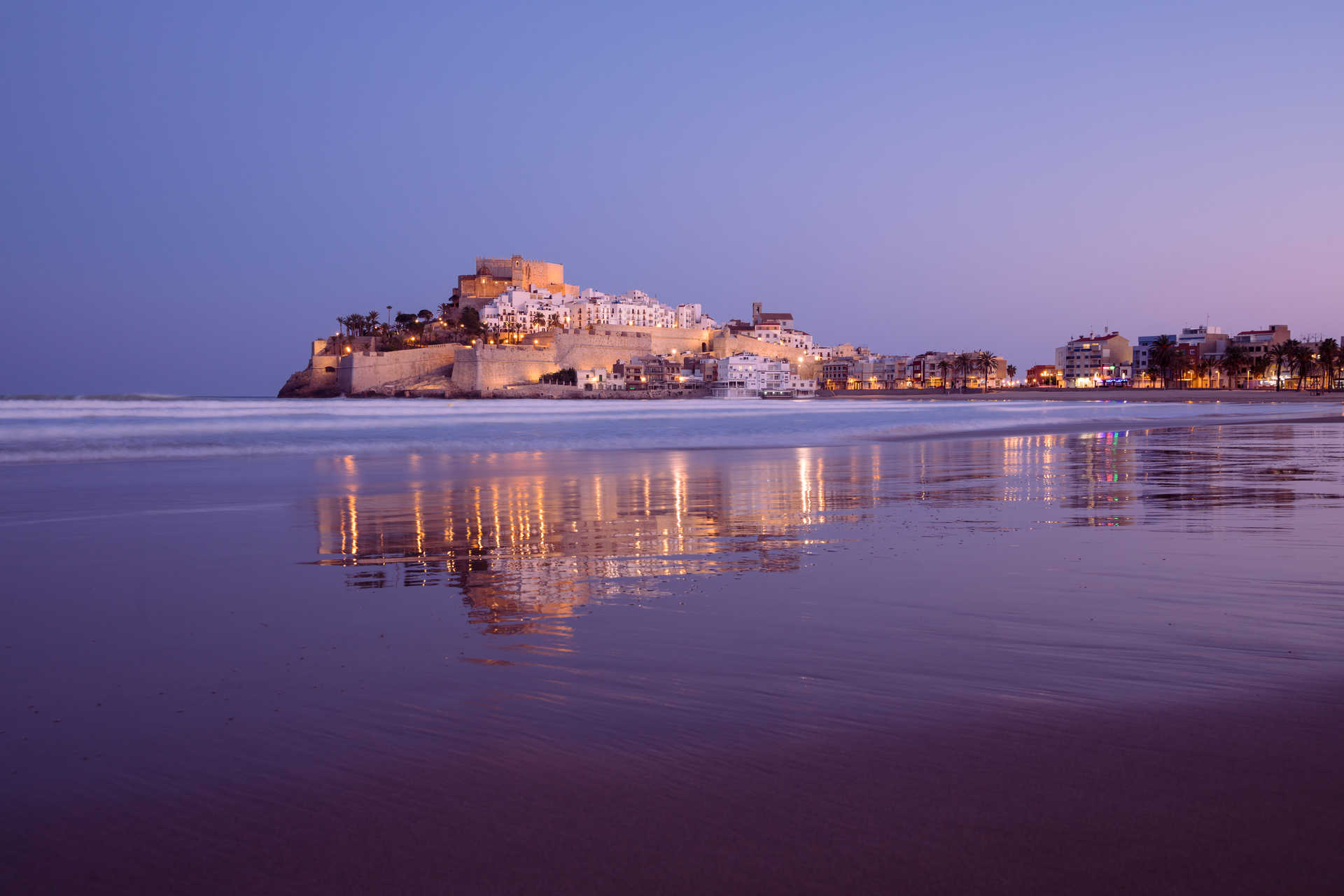 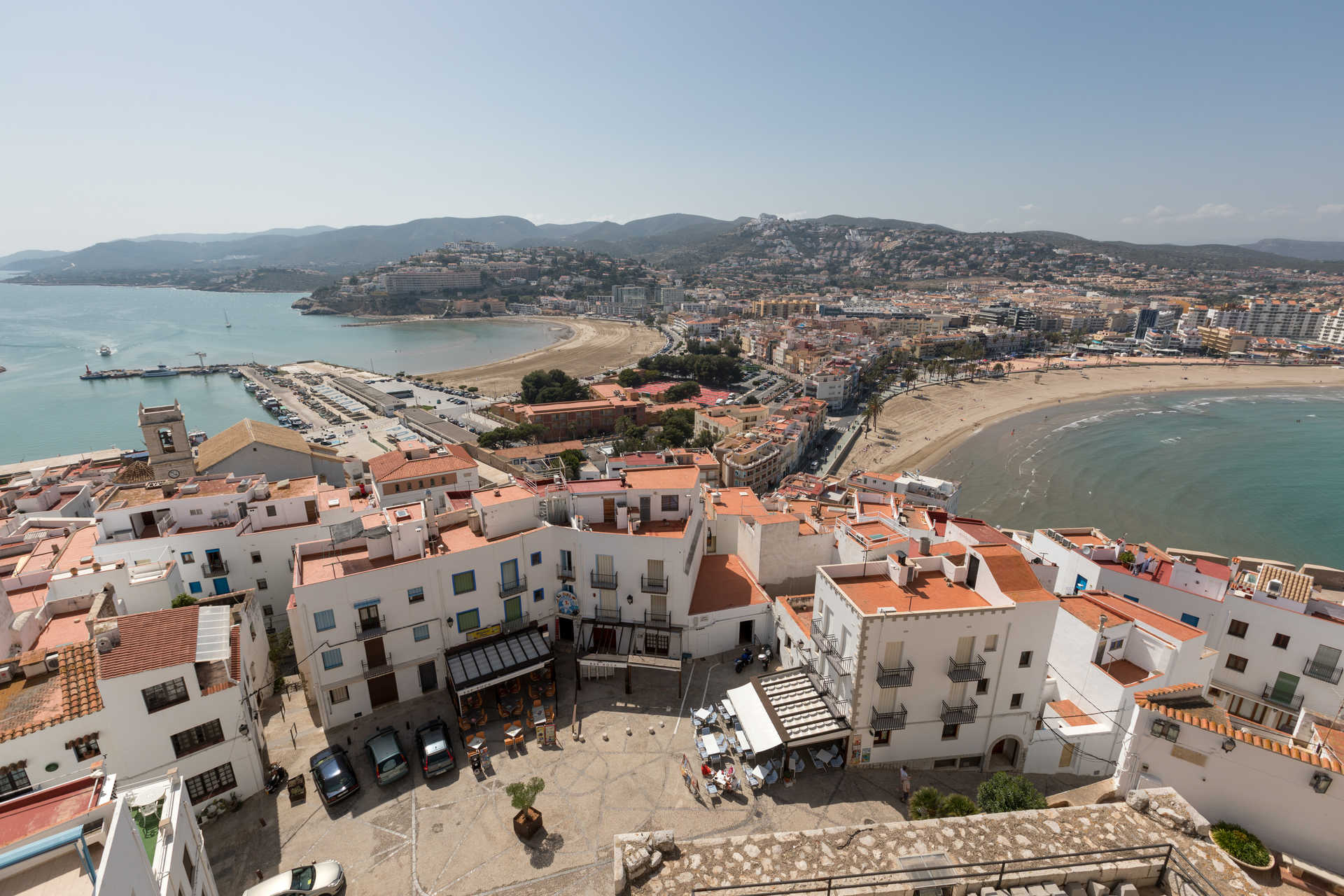 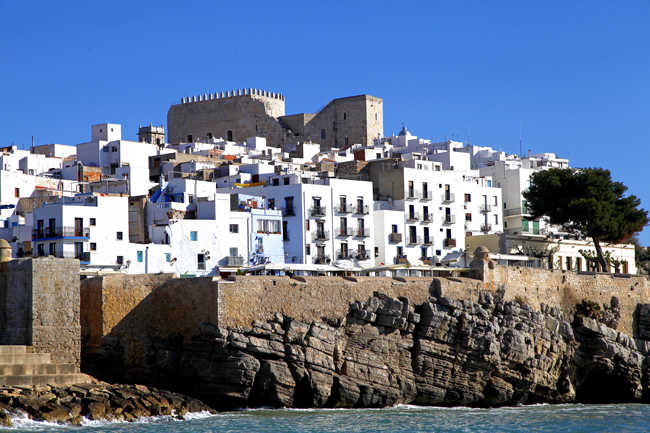 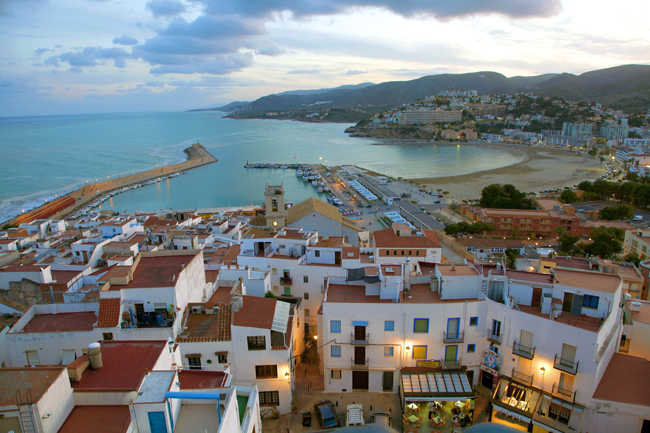 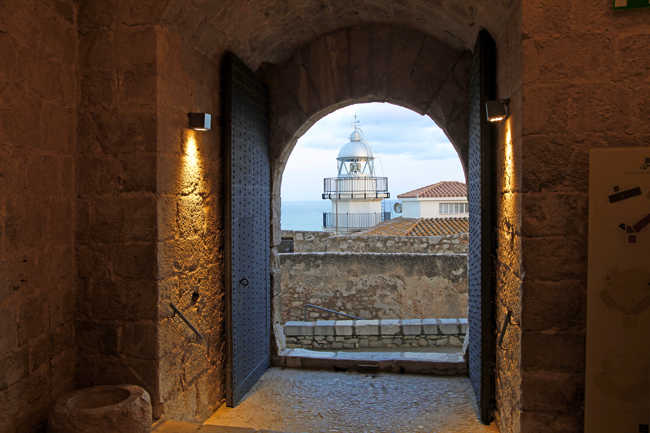 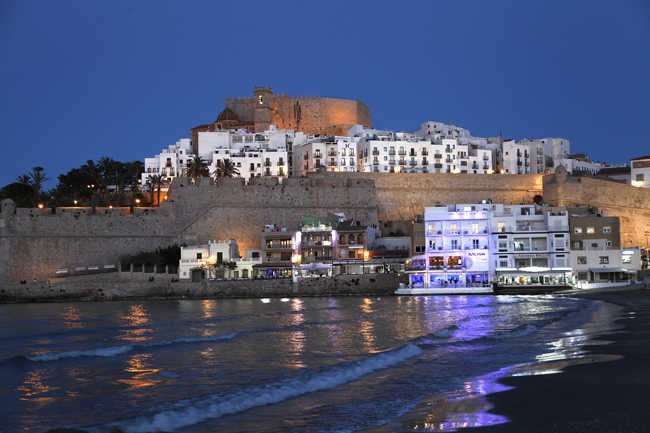 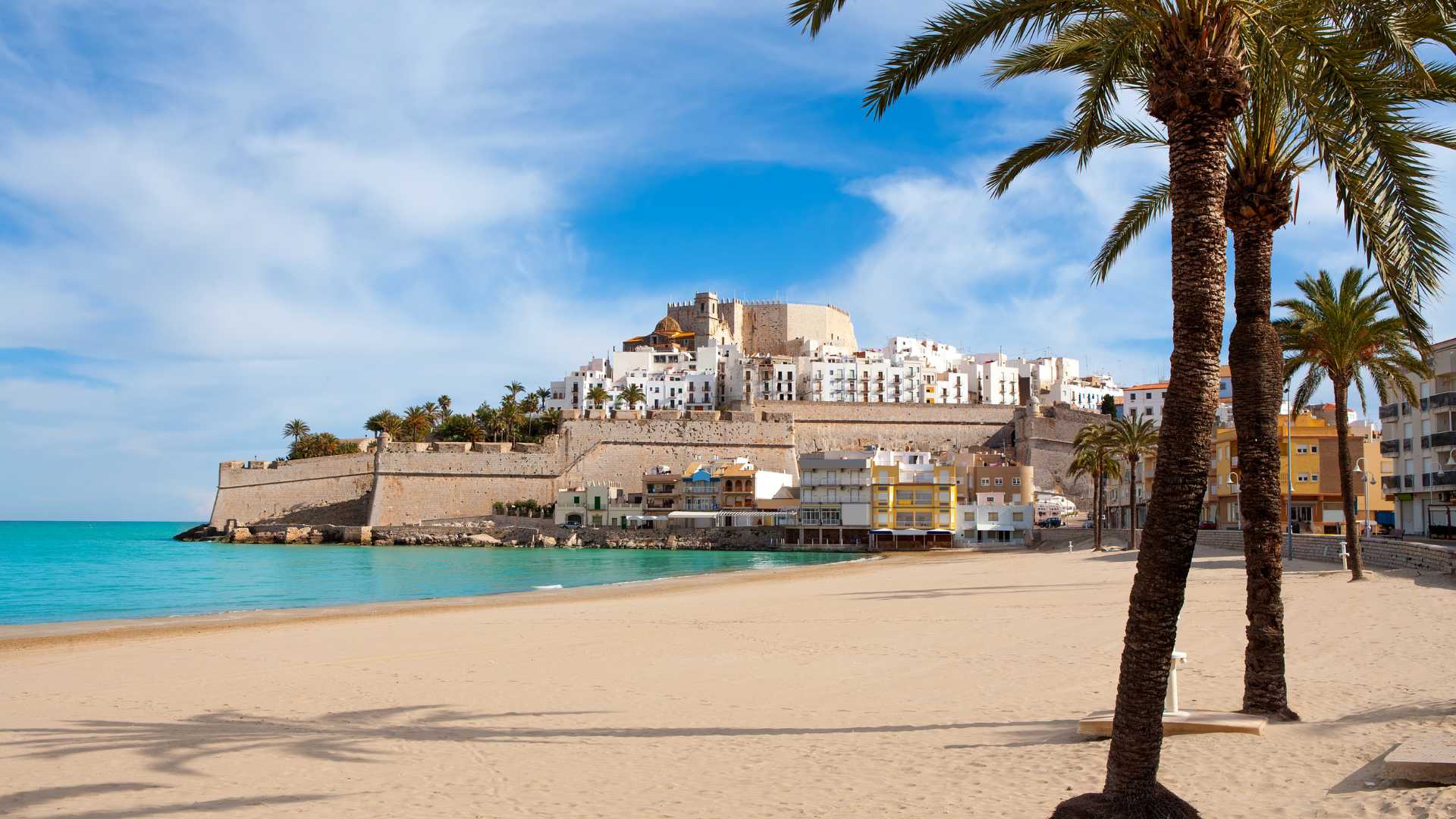 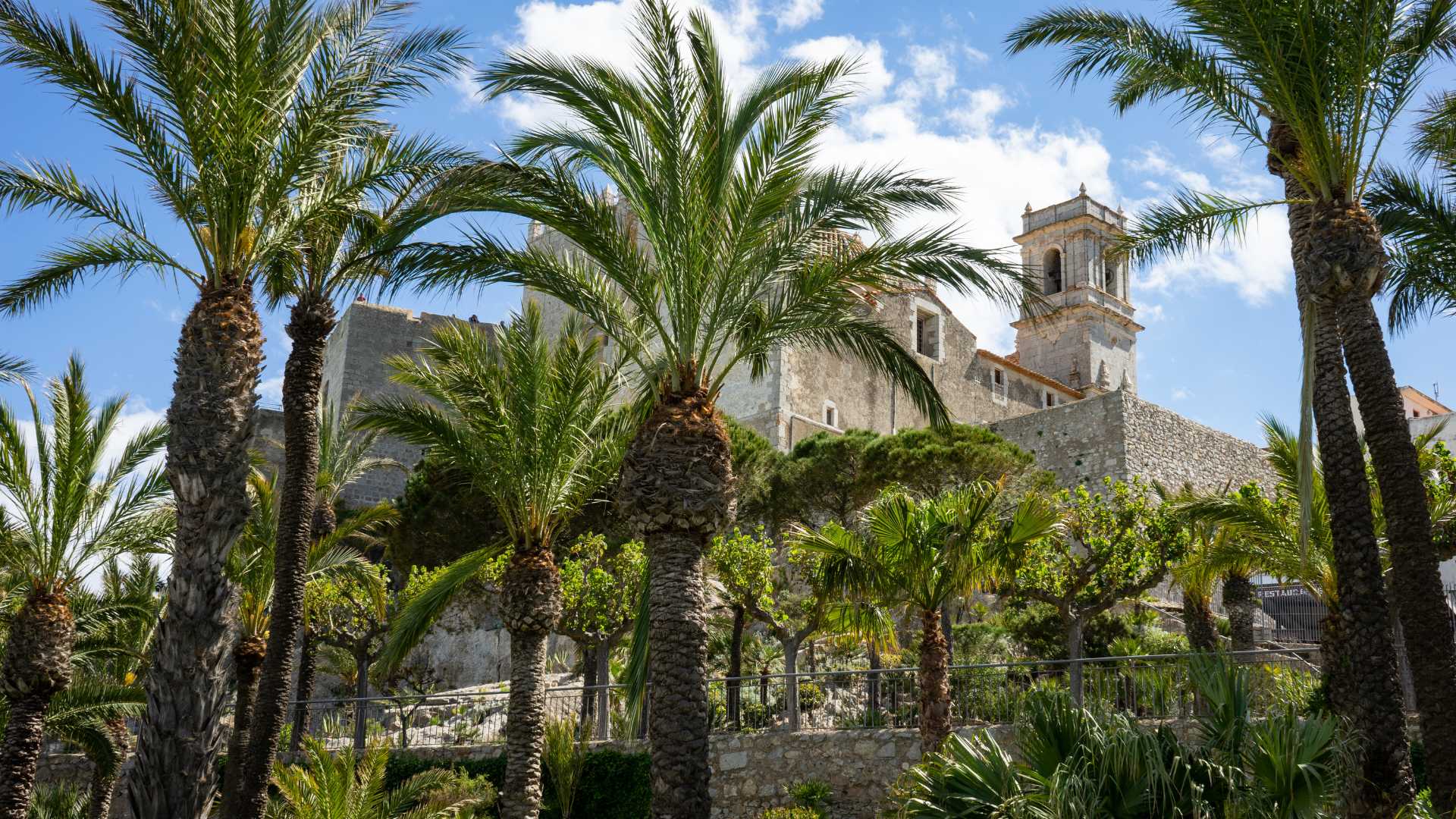 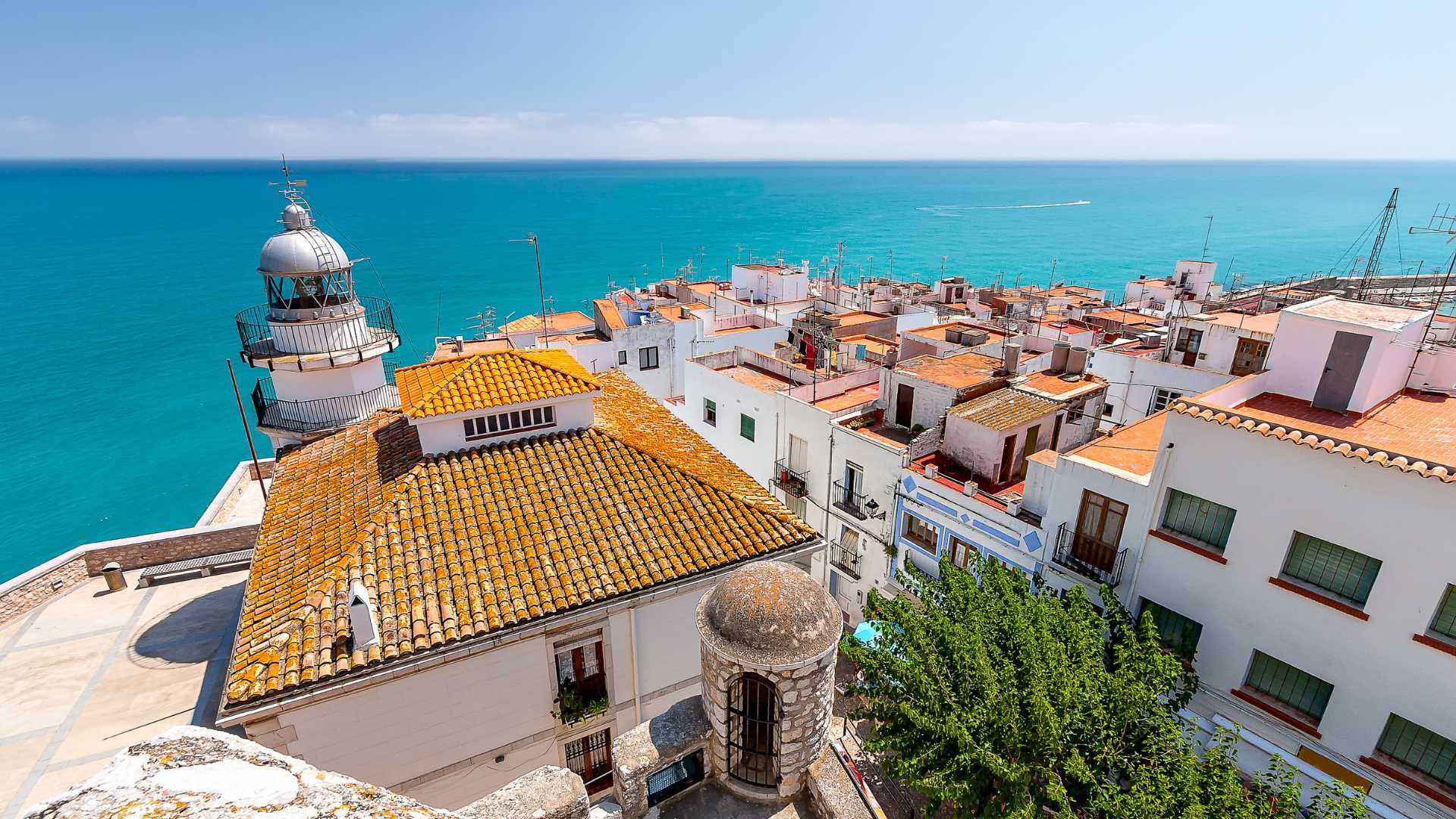 With its age-old history, delicious gastronomy and stunning landscapes, Peñíscola will capture your heart in more ways than one. Sitting on the sparkling Mediterranean and surrounded by mountains, the town has a fascinating past that you can explore through its great sights and monuments. Fill your day discovering everything there is to see and then dip into the tranquil seas to freshen up. Pure bliss.

What to see in Peñíscola

The best place to start your exploration of Peñíscola is in the historic centre. Take your time to wander every street, poke your head into every nook and cranny and soak up the great legacy that pope Papa Luna left behind.

Steeped in history and artistry, the old town conceals some great treasures. The most obvious is Castillo del Papa Luna, an imposing fortress perched on a rocky peninsula that thrusts into the sea. As you step foot inside, you will be transported back in time, immersed in the castle’s secrets, myths and legends. The vistas over the Mediterranean will take your breath away and you will be captivated by El Bufador, a natural cavern that is lashed by the waters on stormy days.

Back in the historic centre, the steep and narrow streets will lead you to whitewashed houses with colourful shutters. One house in particular will capture your attention: Casa de las Conchas, which is defined by its façade covered in white shells.

Peñíscola has also been captured on film. A number of internationally renowned films and series have been shot here such as Games of Thrones and other Spanish productions. You’ll find yourself noticing familiar scenes as you wander around.

You will also be taken aback by the natural beauty of this stretch of the province of Castellón. Long beaches, such as El Nord, and cute little coves to the south meet the impressive slopes of the Sierra de Irta mountains. The best way to explore these naturescapes is on foot, following the hiking routes that will immerse you in beautiful scenery and take you to historic monuments, such as Torre de Badum.

So what are you waiting for? Don’t miss the opportunity to explore this incredible destination in the Region of Valencia and enjoy all of its charms.

By road you can take either the AP-7 Motorway (exit 43) or the main road (Carretera Nacional 340), both connect to the local road (carretera local CV-141) which leads to the centre of the town. 27th International Festival of Ancient and Baroque Music of Peñíscola

Music and fireworks return to Peñíscola!

After two years, the pyromusical returns to Playa Norte, this time presenting us with a fireworks display based on a selection of El Mesías, by G. F. Haendel, by Pirotècnia Tomás from Benicarló.

The festival was born 27 years ago thanks to the impulse of the Generalitat Valenciana, and has established itself as an example of inter-institutional collaboration, counting from its inception with the support of the Diputación de Castellón and the Peníscola City Council, managing to make Peníscola one of the the reference points of the Ancient and Baroque music of our country, and its festival one of the most recognized of this repertoire at European level.

From July 28 until the end of the festival, we will present the exhibition Musical Instruments of the Rey Sabio at the Casa del Agua. Jota Martínez presents a wide selection of the «Alfonsí Musical Instrumentarium», a faithful reconstruction of the different musical instruments that we find in the illuminations and miniatures of the manuscripts made in the court of the Castilian king.

Daily guided tours will be held that will end with a performance by the Ensemble Alfonsí together with Mara Aranda, aimed at family audiences, entitled Instruments i sons per trovar i dansar (Instruments and sons for troubadour and dance).

We want this 27th edition to be the celebration of the reunion with fire, of the joy of being able to return to the stage without restrictions and of enjoying the best ancient and baroque music in unique spaces.

You may be hours away from being able to go to all of them, but, without a doubt, you cannot miss it.

*It is advisable to previously consult the official information of the event.

Tickets for guided tours and participatory concerts, Instruments and sounds to find and dance, from July 28 to August 7, at 8:30 p.m. at the Casa del Agua, free admission (with an invitation to be distributed the same day from an hour before at the Casa del Agua). 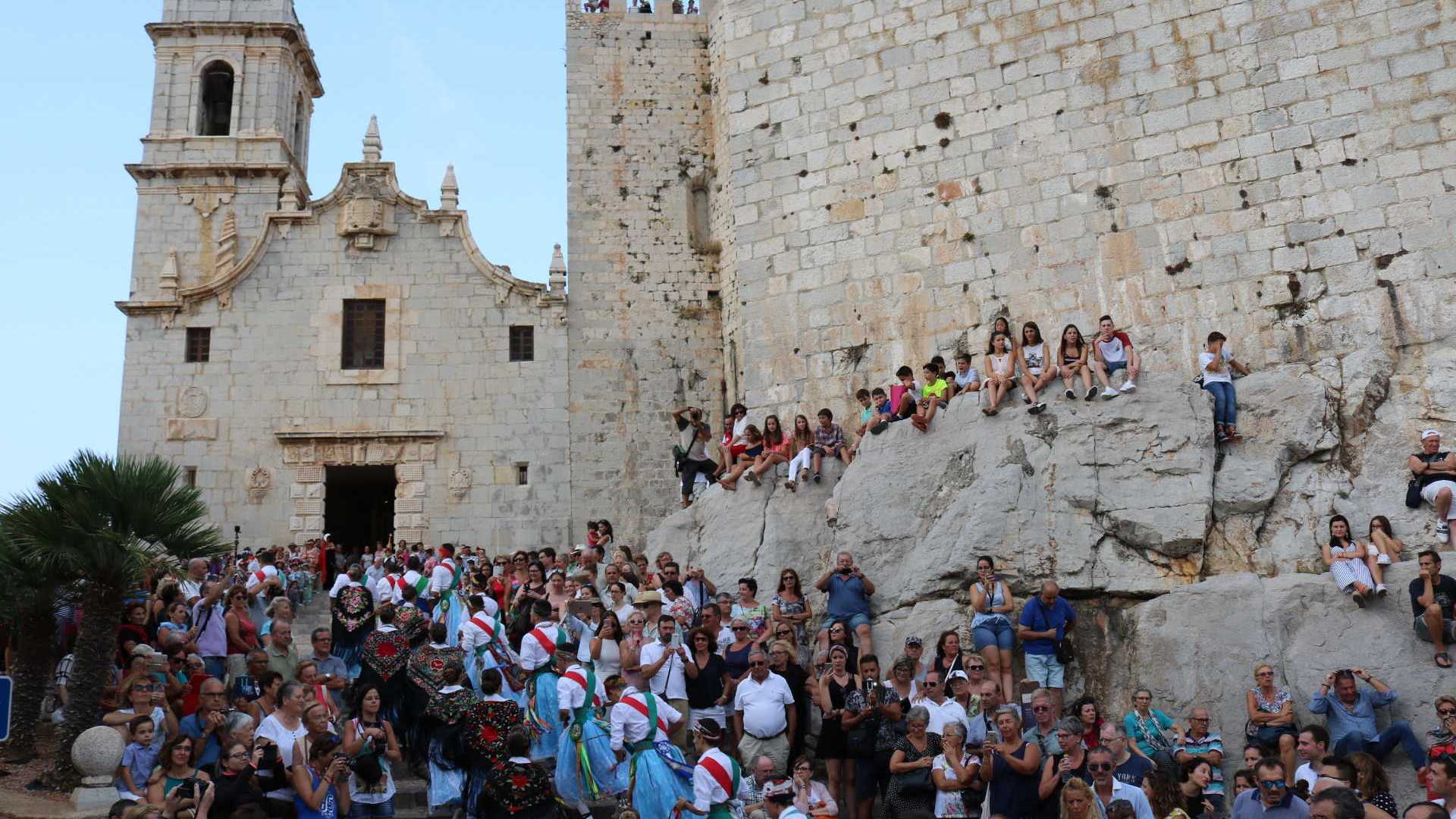 Every September, Peñíscola organises festivities that revolve around the town’s patron saint, Virgen de Ermitana. The Fiestas Patronales, which have been listed an Event of National Tourist Interest, comprise all sorts of events that will fill the streets with colour, music and spectacle. A great example of this is the Moors and Christians parade.

Beyond this there will be magnificent firework displays, theatre performances, street parties and processions. The festivities also shine the spotlight on traditional dances. Make sure you don’t miss the spectacle that is Les Danses and the rest of the events. We’ll see you there. 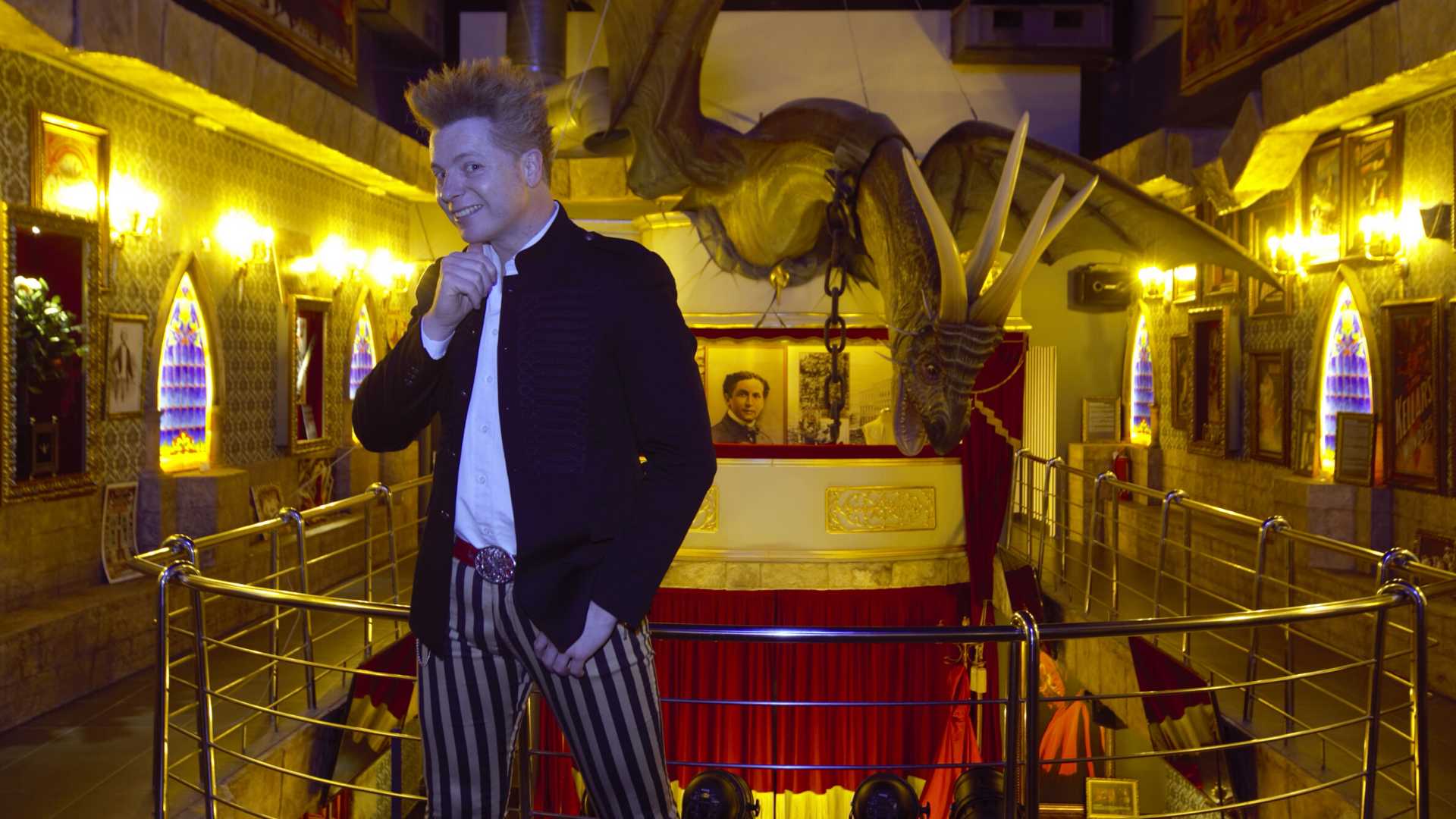 If you love magic, this is the activity for you. Magic Museum in Peñíscola is running a guided tour full of unique and historic pieces whose artistry and ingenuity will blow you away. You and the kids will be at a loss for words as you discover how magic has evolved over time and the secrets the great magicians we all know and love have been hiding.

Accompanied by knowledgeable guides, you will make your way around this most peculiar of museums created by magician Yunke. Take the tour and then make the most of the opportunity to explore the other wonders the beautiful seaside town has to offer. We’ll see you there.

Inspired by triathlons, Hispaman challenges you and your teammate to make your way across a considerable chunk of spectacular scenery. And it is no mean feat. Accumulating a total elevation of 5,800m, the race comprises a 3.8k swim, 180k cycle through Els Ports and L'Alt Maestrat and then a 42.2k run from Culla to Vistabella.

The event starts at dawn at Norte beach in Peñíscola, which is one of the most beautiful seaside towns in Spain. Participants will then swap the water for a bike at the port before heading into the inland. You up for it? Sign up now. Festival Internacional de Jazz de Peñíscola is back with its 19th edition at Palacio de Congresos, with four concerts over the month of July that will leave you lost for words. Organised by Institut Valencià de Cultura, the festival is an important event in the jazz calendar, featuring names of national and international renown. The cellist Mathieu Saglio is the star of the first concert, followed by Carlos Gonzálbez Trio accompanied by Voro García. The American Melody Gardot will treat you to the mesmerising sound of her voice on the 15 July and the festival concludes with the sounds of gypsy jazz courtesy of Tatiana Eva-Marie & Avalon Jazz Band. We hope to see you there. 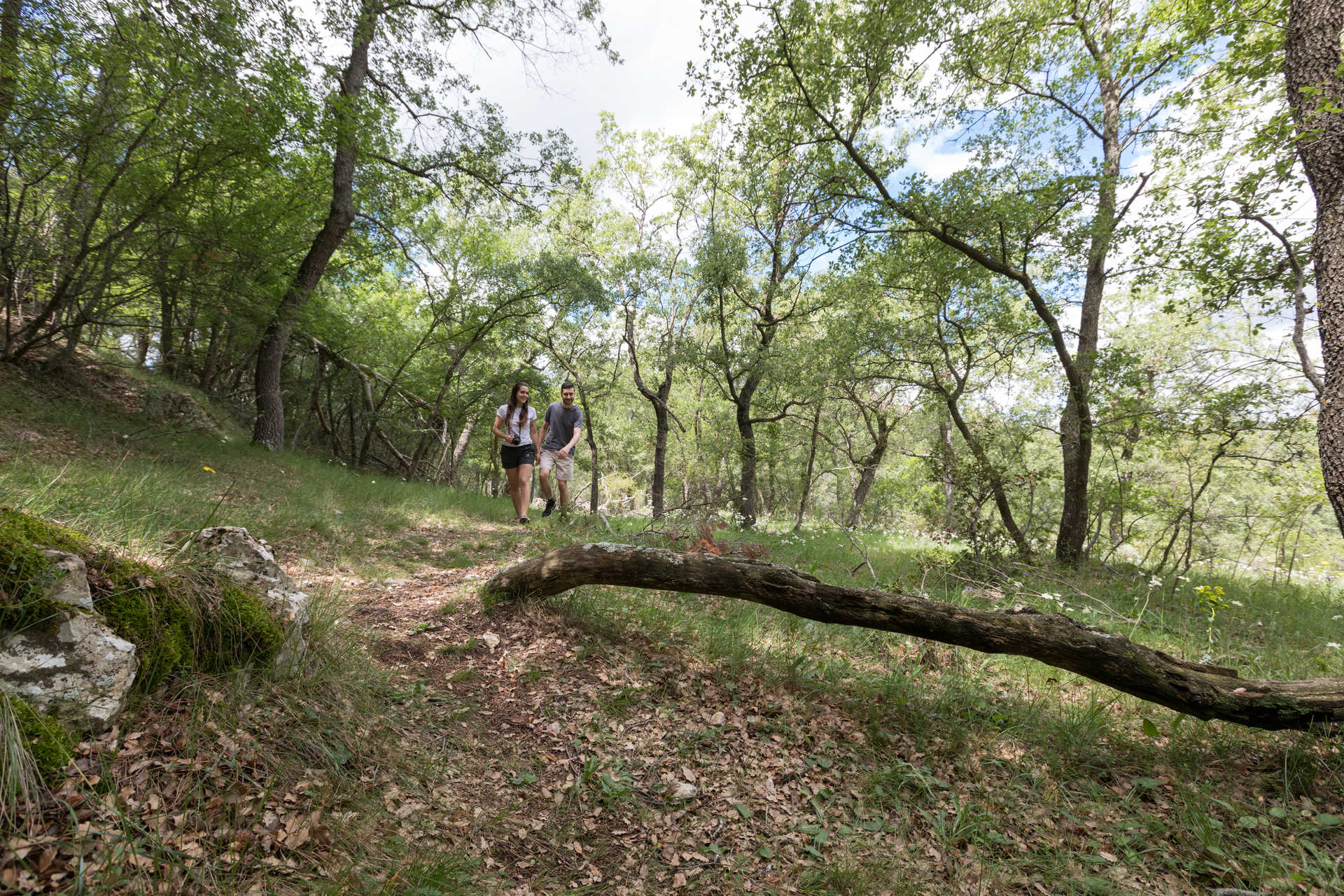 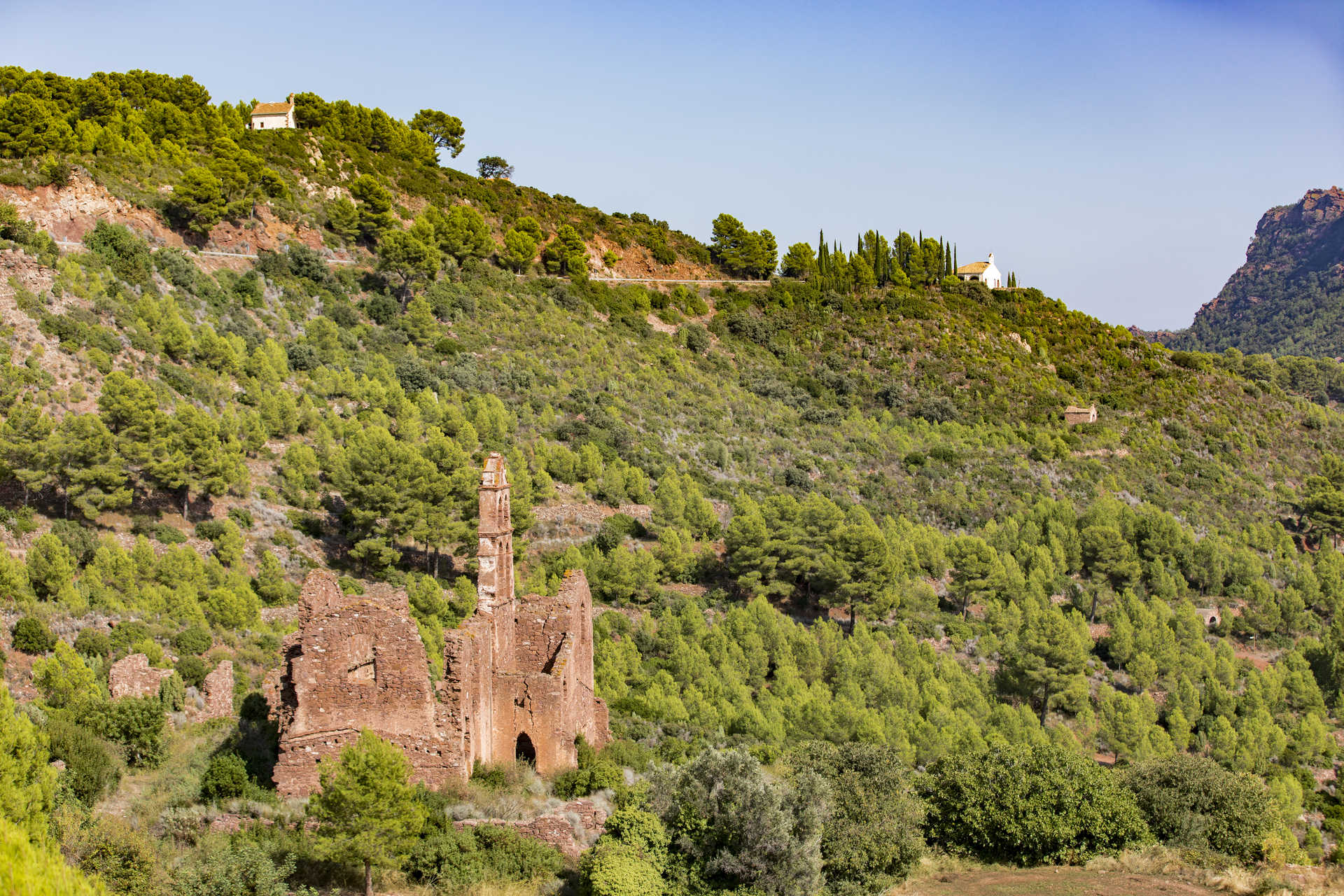 Hiking Along the Greenway from Benicàssim to Peñíscola
The Greenways are itineraries for cyclists and hikers who travel through Spain, approaching nature. In the Region of Valencia, we can find many of these routes, which have become one of the best plans for active tourism lovers. 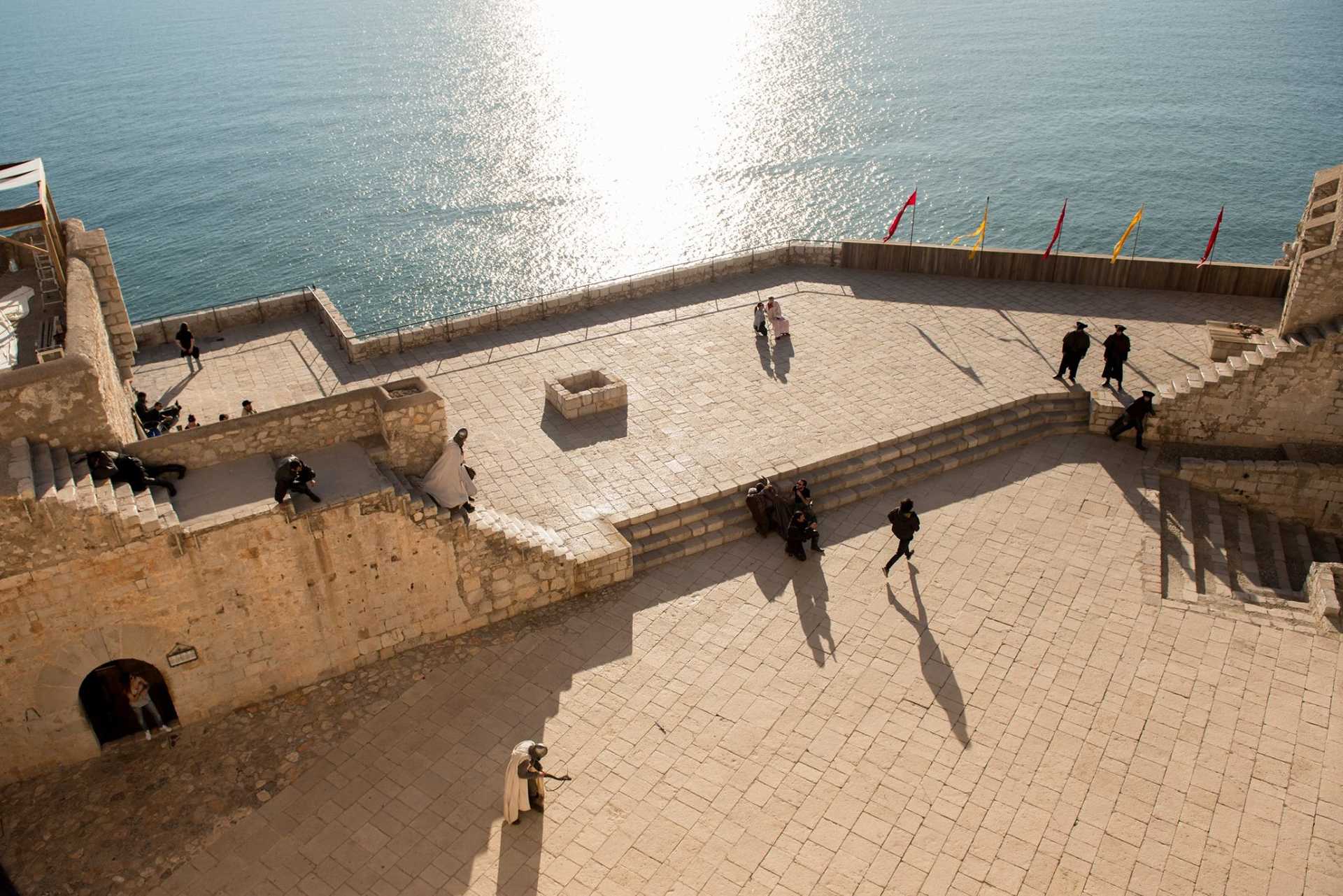 Film Route: Film Locations in the Region of Valencia
If there is a city in the Comunitat Valenciana which is a reference concerning audiovisual productions, where some of the greatest films of the seventh art and some of the best repertoire of the Spanish cinema have been filmed throughout history, that is Peñíscola. 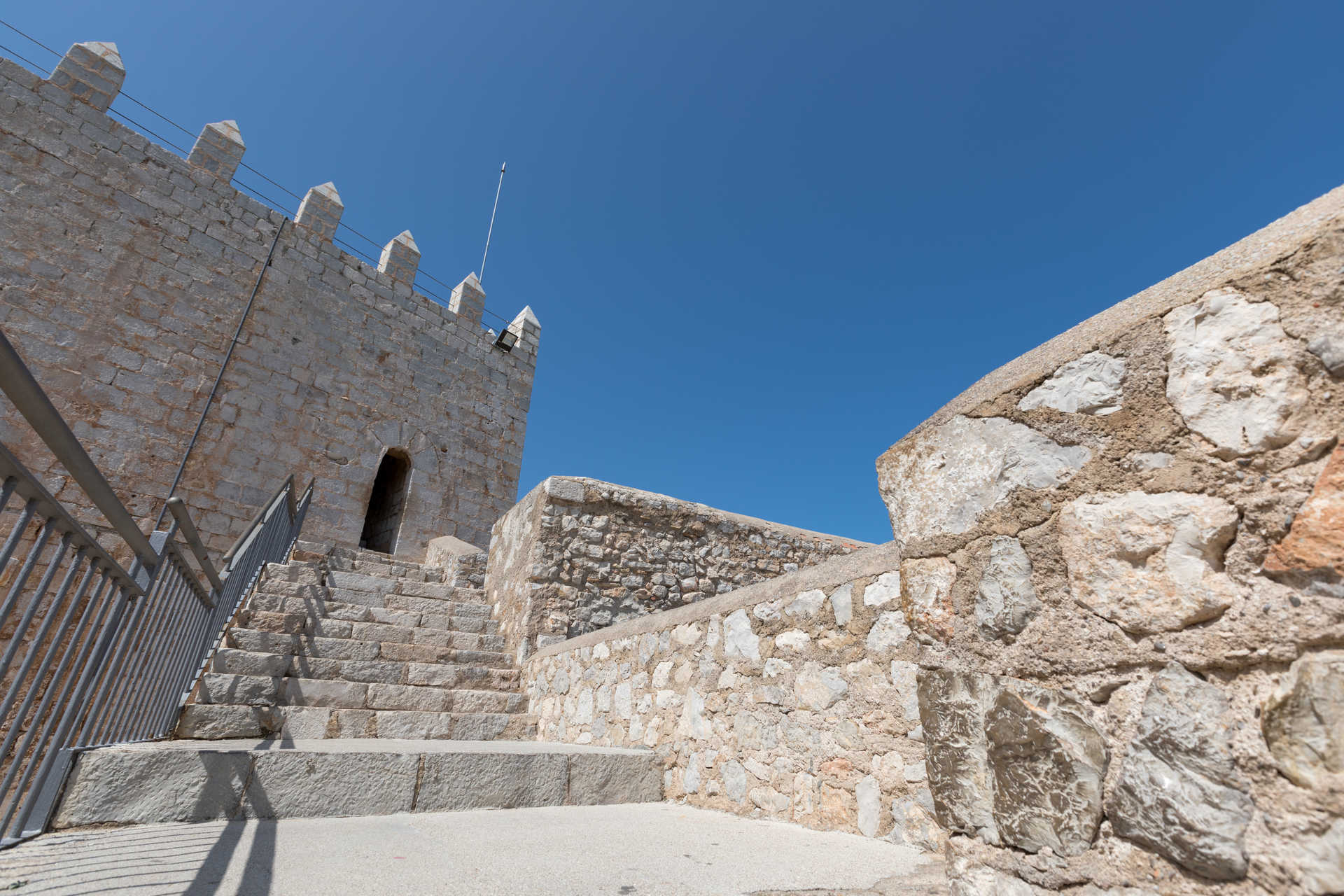 Templar Legends in the Castle of the Pope Luna
The Knights Templar is surrounded by mystery and great legends that have made their name come to this day and continue to generate significant interest. Words like "the Holy Grail" continue to be linked to this enigmatic Order, in addition to many other legends that surround it with intrigue. In Peñíscola, we find one of these legends: that of the Castle of Pope Luna (Peñíscola).