The Region of Valencia boasts over 200km of greenways where you can take a walk or a cycle, soak up the landscapes and breathe in peace and tranquillity.

The Region of Valencia is a land of contrasts, offering a diverse array of landscapes stretching from the Mediterranean coast to the mountains of the inland. If you love exploring stunning scenery, you won’t fail to be impressed by the thirteen vía verdes in Valencia. Literally translated as “greenways”, these disused railway lines offer over 200km of trails that will lead you into breath-taking landscapes.

Keep reading to discover a breakdown of the different greenways in each of the three provinces in the Region of Valencia.

Vías verdes in the province of Castellón

Vía Verde del Mar flanks the coast between Benicasim and Oropesa del Mar. Great both on foot and by bike, the greenway will immerse you in stunning scenery defined by panoramic views over the Mediterranean. Depending on how far you make it up the coast, you could take a break at one of the wildest coves on the Castellón coastline, la Renegà.

The Valencian greenway makes its way through the beautiful scenery of the valley of the river Palancia. The route follows the disused Sierra Menera mining railway that starts at the high plateau of Barracas and makes its way towards the foothills of Sierra de Javalambre. Vía Verde de Ojos Negros then gradually descends to the Valencian huerta, the agricultural land lining the shores of the Mediterranean. The difficulty of the route depends on which direction you choose to go. If you travel from Teruel towards Valencia the route is downhill whereas the opposite is an ascent that adds up to a total of 1,400m of altitude.

Vías verdes in the province of Valencia

In addition to Vía Verde de Ojos Negros, the province of the Valencia is home to a number of other greenways you can enjoy with all the family. Whether you choose to walk or cycle, the routes snake through beautiful landscapes that will make you fall even further in love with the Region of Valencia.

Vía Verde Xurra starts just outside the city of València. Ideal for a family walk or bike ride, the linear route runs along a former railway line that has been fully resurfaced. As you make your way along the trail you will be immersed in the orange groves of Horta Nord.

Just imagine making your way through the southern huerta of Valencia and being enveloped in the aromas of orange blossom. If you choose Vía Verde de la Safor, you can do exactly that. Best enjoyed from the saddle, the route will treat you to views over a typically Valencian landscape of orange groves and irrigation channels.

Looking for a place to take the kids for a bike ride? Vía Verde de Llíria promises a great family day out. The flat route meanders through the hills and countryside of Camp de Túria. Starting at the former train station and finishing at El Molinet, the trail will take you on an adventure. If you get tired, you can even stop at the recreational area for a break.

The next greenway on our list runs along the former FEVE railway. Now Vía Verde del Antic Trenet, the trail can either be walked or cycled. Starting at Carcaixent, it will take you up to the border of La Safor county.

This pretty trail affords beautiful views over the mountainscapes of Les Agulles and La Murta. A great choice for a day out in the great outdoors with your friends and family. The route is totally flat so no excuses!

Vía Verde de Manuel follows the railway line that used to connect Xàtiva and La Pobla Llarga. It is named after the town of Manuel, which it passes through. In the future, the route will connect Manuel, Xàtiva and La Pobla Larga. A great way to promote sustainable transport.

Vías verdes in the province of Alicante

The province of Alicante is also criss-crossed with a number of greenways whose beauty will take your breath away. Come and explore.

Dénia is not just about sun, sea and sand; it’s also about orange groves set against the extraordinary backdrop of El Montgó natural park. Along what used to be the Carcaixent to Dénia is now a lovely vía verde. The route will lead you through orange and almond groves, and agricultural land to Las Marinas beach. If you fancy going further, you can continue to La Marjal natural park. A lovely place to get some exercise and spend some quality time together as a family.

La Font Roja natural park is home to another greenway along the former Alcoy-Alicante railway line. Vía Verde Alcoy will take you over impressive bridges, leading you deeper and deeper into Mediterranean woodland that will leave you feeling fully regenerated.

Vía Verde del Maigmó really showcases the diversity of the Alicante landscapes as it takes you through tunnels, viaducts and vines. The greenway runs between Agost and Tibi along the former tracks of the line that once connected Alcoy and Alicante.

The trail has been designed for both walkers and cyclists, giving you the choice of how you prefer to explore. Extending for a total of 22km, the route starts off with tunnels and viaducts before gradually ascending up to the slopes of Sierra del Maigmó. A particularly beautiful landscape you won’t want to miss.

Las Lagunas de la Mata y Torrevieja natural park is one of the most magical landscapes in the Region of Valencia. Vía Verde de Torrevieja will take you to the heart of this area of natural beauty as you walk through the town in the direction of El Acequión beach, affording incredible views over the salt lake along the way.

As you walk or pedal, you will spot plenty of birds overhead. From black-winged stilts to shelduck and Montagu's harrier, this spectacle of nature is further enhanced by a backdrop of white mounds of salt and pink lake waters.

Alicante is one of the areas with the most disused railway lines in Spain, which is why the province has so many greenways immersed in spectacular natural landscapes. Vía Verde del Xixarra connects Santuario de las Virtudes with Biar on a route that will treat you to views over the local scenery.

The Toy Valley is also home to a charming greenway where you can stretch your legs and spend quality time together as a family. Vía Verde de Ibi is a gently undulating route that lends itself to walks and bike rides. Most of the trail is located in La Font Roja natural park. Along the way you will pass through tunnels and over bridges, such as Pont de les Set Llunes, which crosses the river Polop. An impressive landscape defined by diverse plant and wildlife.

Thirteen routes, hundreds of kilometres of trails and stunning natural landscapes. Walk or cycle the greenways in the Region of Valencia and be left breathless by the stunning and diverse scenery. 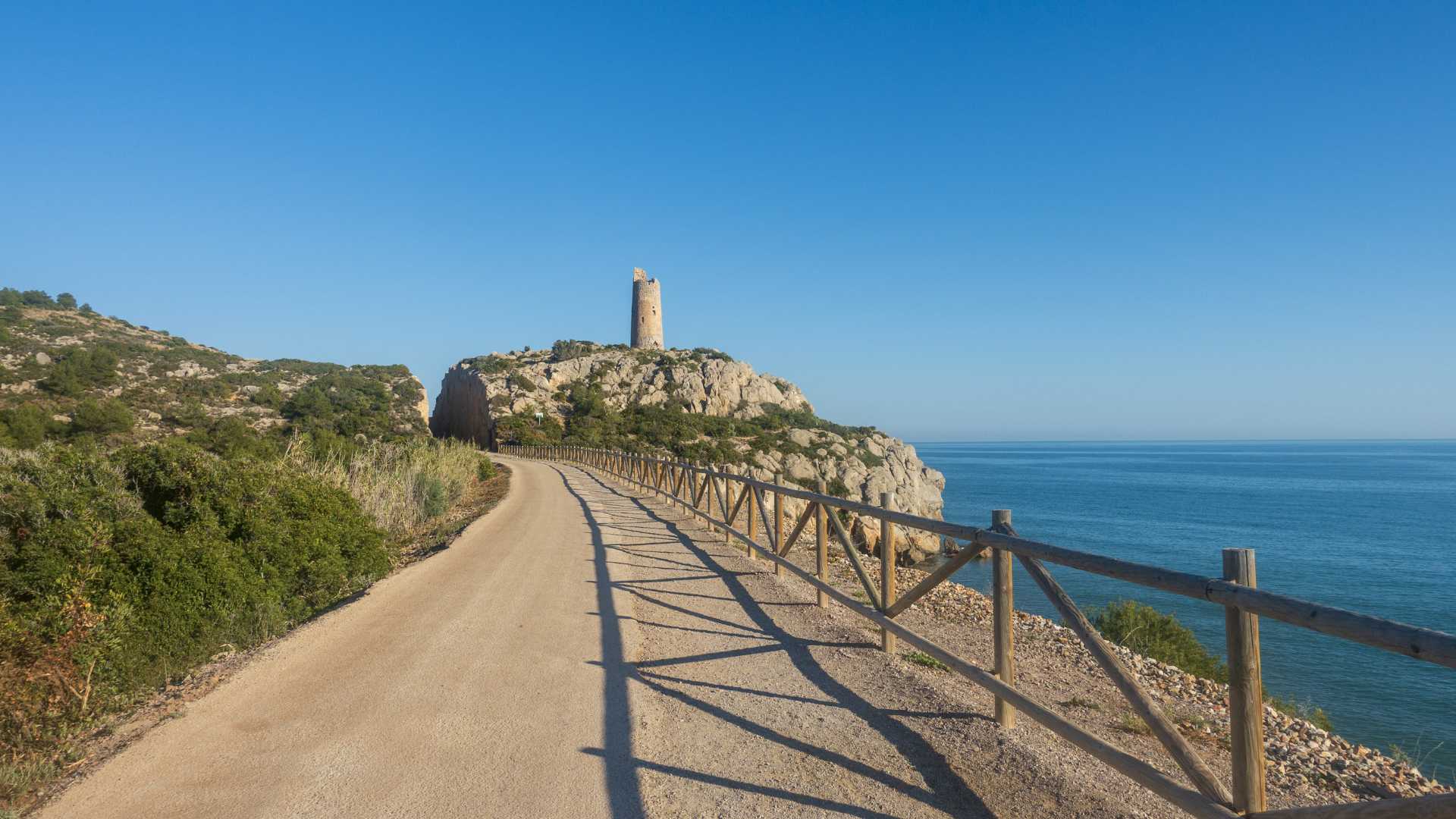 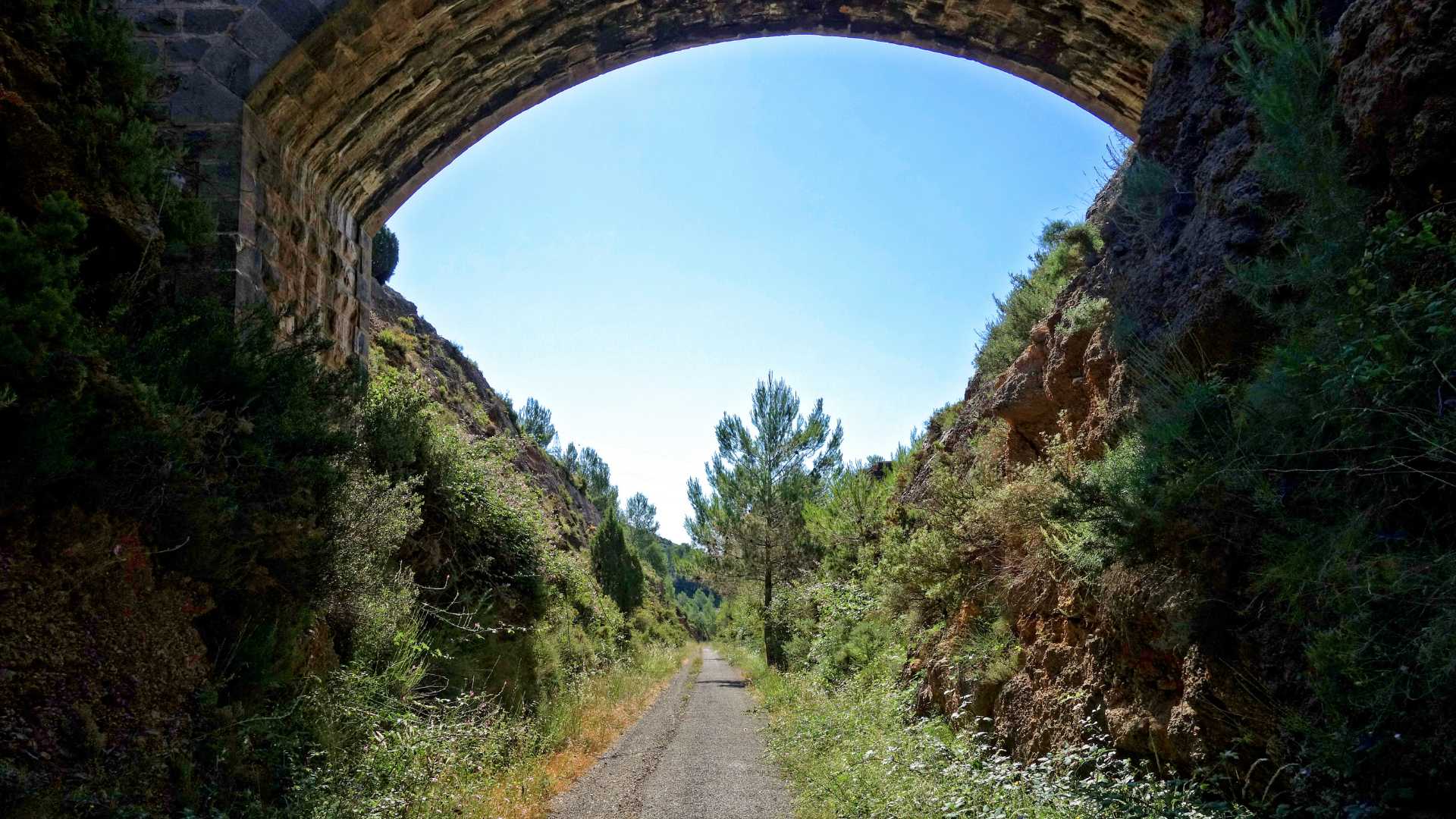 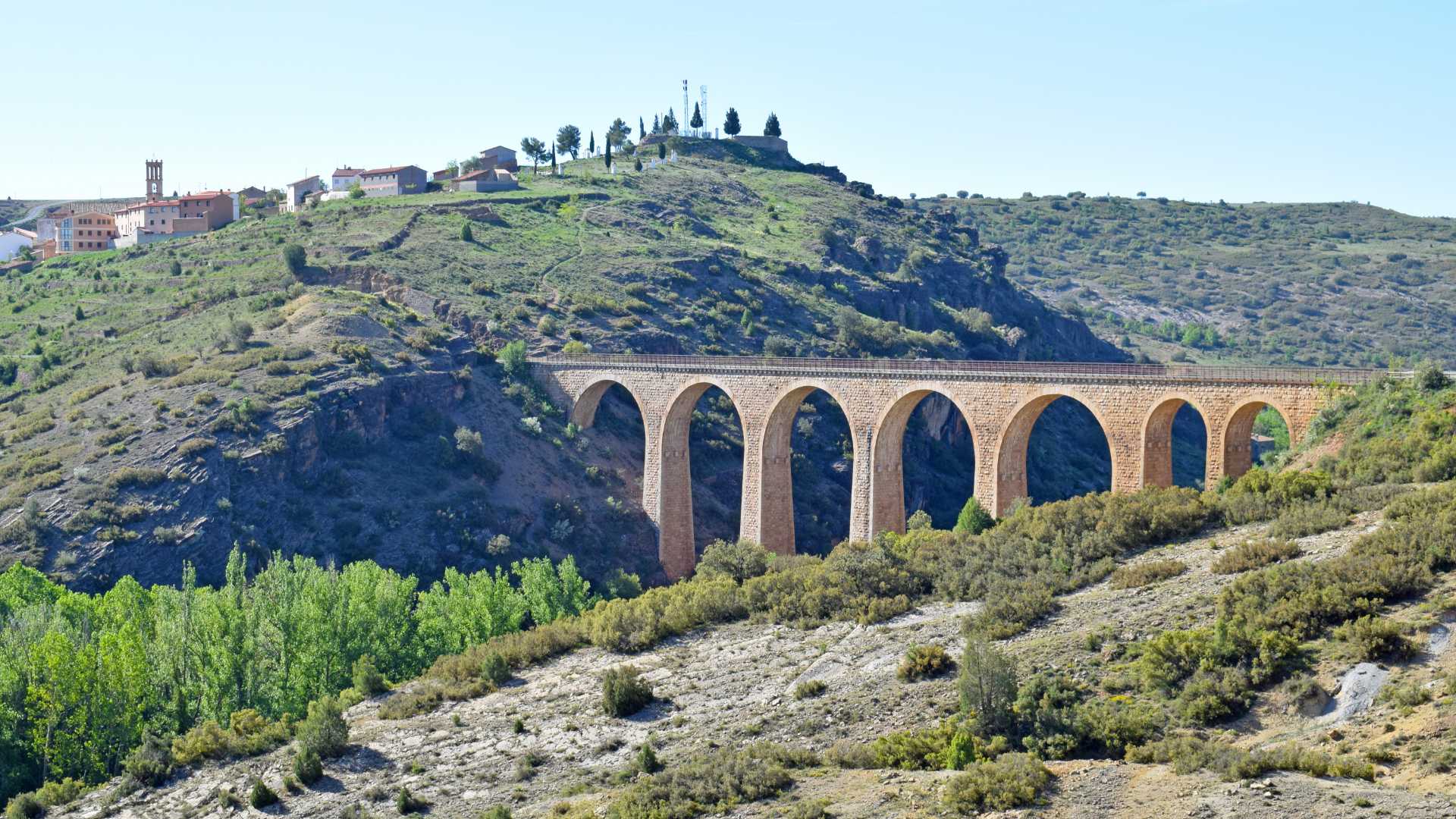