King James I Tour in Xàtiva 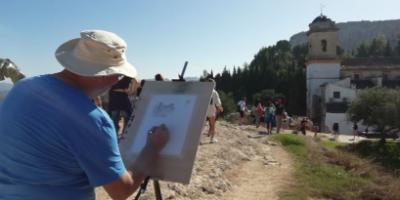 Reserve
Love Xàtiva Tours
Precio: 12.0 €
Ready to live the true Reconquest of the Kingdom of Valencia? We take you to the 13th century to know the facts and places that changed history. The king of the Valencians fought for these lands and won, managing to return the territories occupied by Islam to Christianity. James I was a ruler as dear as admired and whose reign has been one of the longest in history. On our tour, we will discover one of the first Christian cities created in the Kingdom of Valencia. An unimaginable landscape of fertile land with abundant water which fulfilled the golden dream of nobles, knights, religious orders and men, all of them received the reward for their support and faithfulness. With enthusiasm and effort, they rose the palaces, streets, fountains and temples that today delight us, while the essence of a medieval city that welcomed Arabs, Jews and Christians endures.
A fascinating experience that brings you closer to knowing the identity and diversity of a village and that keeps you captive until the end of the tour.
Private tour for groups of or more.
#Disponibilidad
Disponible todo el año
#Servicios incluidos
1 h 45 min guided tour.